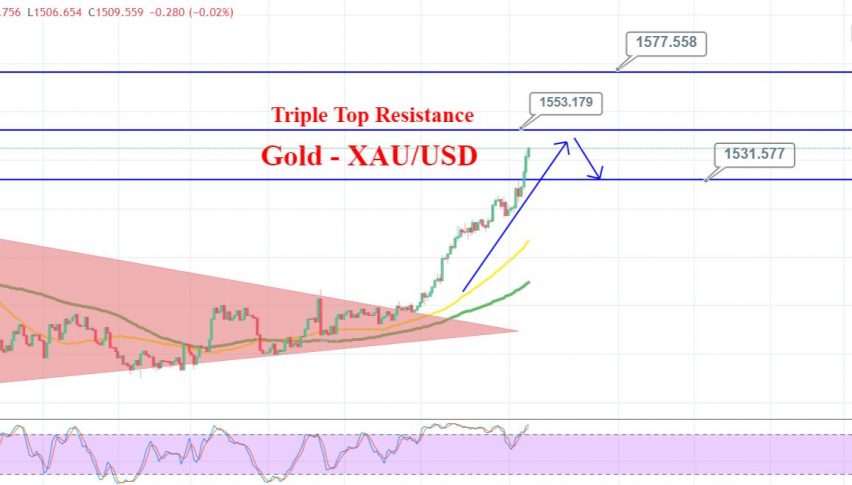 Gold prices surged for the seventh consecutive day on Thursday and crossed $1530 per ounce. Given the economic and political conditions, US stock markets are continuously posting gains at the start of 2020 and placing record highs. The rise in Wall Street has given strength to gold and other metals like silver.

The central bank of China announced on Wednesday that $15B from the banking system would be unleashed to support the economy. This announcement came after a continuous decline in growth despite the fact that China and the US are preparing to sign a phase-one trade deal in mid-January.

This move from China to boost its economic growth lifted the risk appetite from the market and kicked off the US stocks to record high levels in New Year.

Trump and the Chinese President would sign the first phase of the US-China trade deal in mid-January. This was announced on Tuesday by Trump himself, but the uncertainty surrounding the trade deal still exists in the market. As the details of the trade deal are yet to be published, considerable confusion prevails in the market and is supporting gold prices.

This much-awaited trade deal was expected to have been signed by the end of 2019, but it got delayed. However, the fact that deal has been agreed on by both parties is itself a big step towards a possible end to 18-month long trade war between the world’s largest economies.

The US dollar rose 0.5% in the trading session on Thursday but remained near six month lows, which it hit on Tuesday. This gave benefit to gold prices and took them above $1530 level on Thursday.

On the other hand, the relationship between the US & Middle East got even worse when after the attack on the US embassy in Baghdad, the US sent more troops into the Middle East on Tuesday. This raised the global tensions and appeal for safe-haven assets like gold in financial markets. As a result, gold prices reached three month highs and finished the day after placing a high of $1531.350.

Gold’s bullish bias continues to dominate the market as it’s trading around 1,542 area. It looks like the precious metal is making its the way towards the next target level of 1,552. One of the reasons behind such a bullish bias is the FOMC meeting minutes, which are due later in the day.

The US Fed isn’t likely to exhibit a hawkish tone in its very first FOMC meeting minutes of January 2020. Consequently, traders are keeping the dollar weaker and moving funds into gold, pricing in a potentially dovish stance from the Fed. Later in the day, we may see a bearish reversal in gold prices on the release of FOMC meeting minutes as traders may price out the dovish FOMC. I will consider looking to sell opportunities below 1,552.