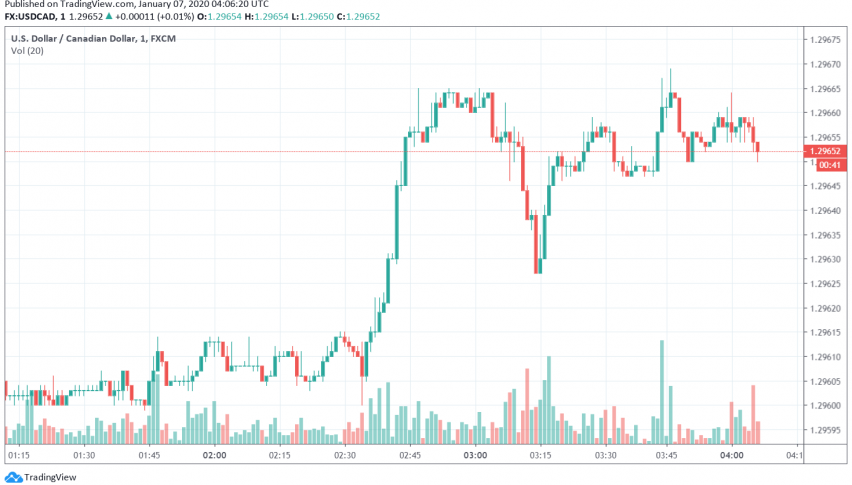 The Canadian dollar is trading somewhat steady against the US dollar early on Tuesday after gaining 0.3% in the previous trading session, supported by the surge in WTI crude oil prices. At the time of writing, USD/CAD is trading around 1.296.

The Canadian dollar gains whenever crude oil prices rise as Canada’s economy is highly dependent on exports of crude. Any surge in oil prices boosts economic prospects and strengthens the CAD as a result.

The US dollar has been trading under significant uncertainty over the recent escalation in tensions between the US and Iran after last week’s drone strikes. This also sent crude oil prices higher over rising concerns of potential supply disruption in the region if the situation worsens.

Canada’s PPI rose 0.1% MoM during November as prices of fresh food products and energy and petroleum products climbed higher. USD/CAD can be impacted by the release of Canadian trade balance data for November which is scheduled to release later today.