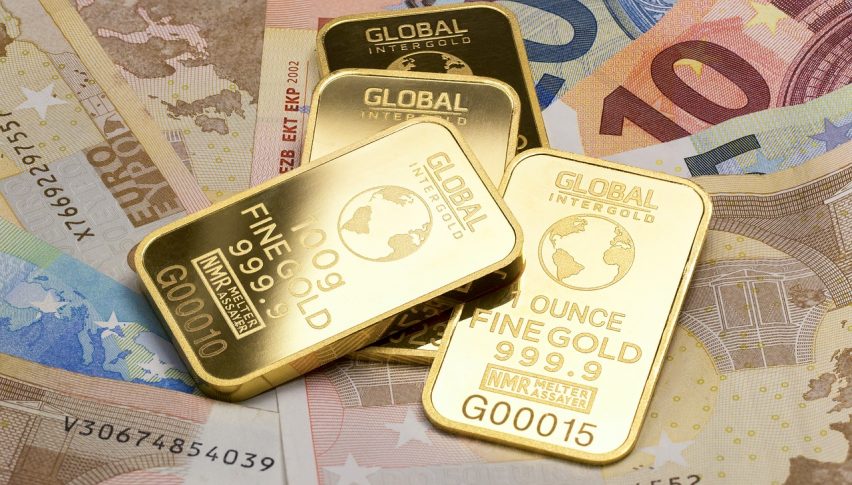 The economic calendar is busy today as the US and Canada are due to release labor market figures. Eyes will be on the US NFP data, which is expected to be mixed. One-sided data may drive unilateral movement in the market. Weaker data may drive the bullish trend in EUR/USD, GOLD, and other direct currency pairs today.

Gold closed at $1552.080 after placing a high of $1561.330 and a low of $1540.200. Overall the movement of gold remained bearish that day. Gold prices fell on Thursday as the tensions between Iran and the United States eased. It rose almost 2.4% on Wednesday and broke the level of $1600 after Iran’s retaliatory attacks on Iraqi military airbases hosting US troops.

The US President Donald Trump responded to the Iranian airstrikes with sanctions and said that there would be no escalation in military actions against Iran. And Iran officials noted that these attacks were made in retaliation for killing their general Qassem Soleimani and that these attacks conclude their response.

The de-escalation of conflict between the US & Middle-East led to sell-off in safe-haven assets like gold. Hence, gold prices started to fall and reached near $1540 on Thursday.

On the other hand, the US dollar remained steady on Thursday amid the better than expected jobless claims last week. The Unemployment Claims made during last week came in as 214K, which were less than the expected 221K and supported the US dollar.

The less than expected jobless claims from the United States indicated better economic conditions of the country and gave a boost to its currency. The stronger US dollar added to the downward trend of yellow metal prices on Thursday.

The Federal Reserve Vice Chairman Richard Clarida said on Thursday that the US economy had begun 2020 with low unemployment, strong economic growth, and inflation near target. He signaled a wait-and-see approach regarding interest rates’ decision by the central bank for 2020. He said that Fed Policy was not a pre-set course, and things could change if material reassessment would be needed for the economic outlook, then the central bank would respond accordingly. He also said that Federal Reserve might reduce the size of its repurchases on the money market after January to increase the level of US monetary reserves.

The President of New York Federal Reserve Bank, John Williams, on Thursday said that the current level of low interest rates and low inflation would likely remain the same for years and these will create challenges for central banks to operate.

He said that central bank officials should hold themselves accountable for low inflation and inflation expectations, and they need to boost the communication of their strategies. He said that banks need to focus and re-orient their policies towards fighting low-inflation rather than focusing on keeping inflation from getting too high. The US dollar remained supportive on Thursday from Federal Reserve officials’ comments and positive macroeconomic data and weighed on gold prices.

Gold also traded in line with the previous forecast as it fell dramatically on the violation of 1,552 level to place a low around 1,538. For now, 1,552 is still working as a crucial trading level.