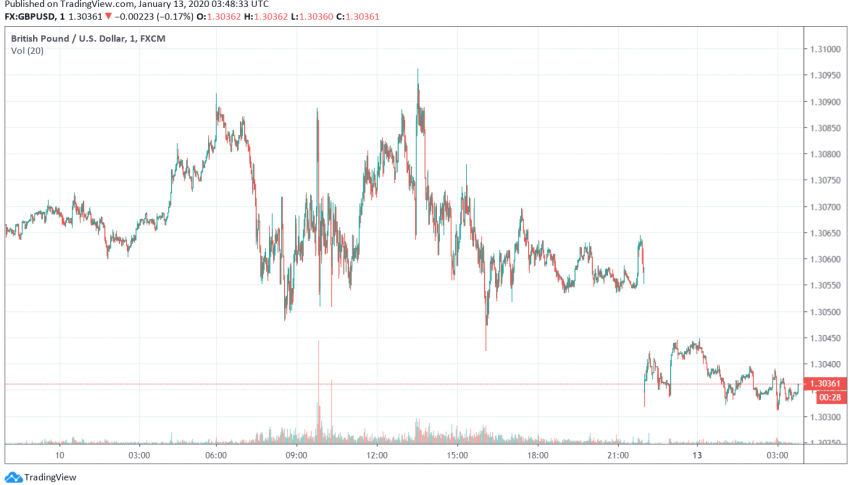 Early on Monday, the Pound is trading slightly bearish against the US dollar, close to two-week lows, over increasingly dovish comments from BOE officials hinting at the possibility of an upcoming rate cut. At the time of writing, GBP/USD is trading at around 1.303.

Last week, BOE Governor Mark Carney suggested that the bank could possibly respond promptly if it felt that the weakness in Britain’s economic growth continued. On Friday, we also heard BOE official Silvana Tenreyro hinting at a possible rate cut in the near future if Britain’s economy doesn’t recover.

GBP/USD has also weakened on the back of the US dollar recovering some lost ground over growing optimism for the US-China phase one trade deal. The US and China are set to sign their partial trade deal on Wednesday, which could bring about a considerable improvement in trade tensions.

Check out our free forex signals
Follow the top economic events on FX Leaders economic calendar
Trade better, discover more Forex Trading Strategies
Related Articles
Can GBP/USD Keep the Bullish Momentum Going As It Pushes Above the 200 Daily SMA?
GBP/USD has been really bullish since the reversal at the end of September, gaining 20 cents, but can it continue much further?
4 hours ago

Is GBP/USD Resuming the Larger Downtrend After the Rejection at MAs?
5 days ago