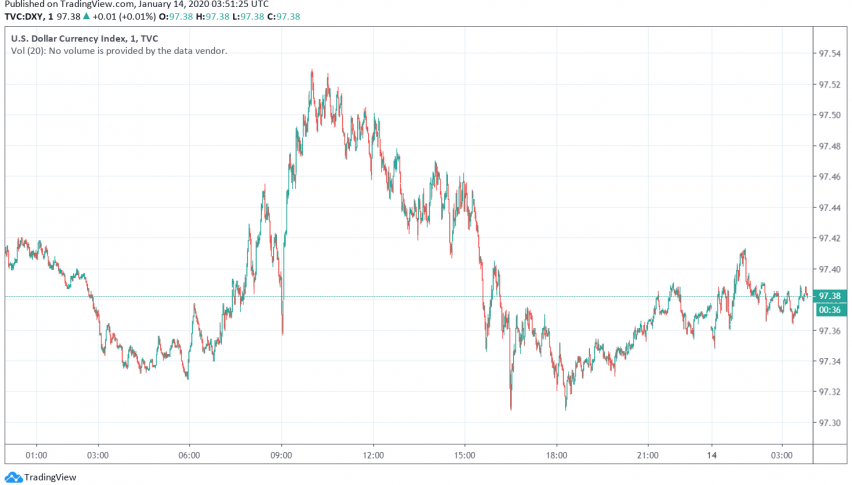 The US dollar is trading steady early on Tuesday as markets look forward to the signing ceremony for the phase one trade deal between the US and China, even as market-moving economic data is awaited. At the time of writing, the US dollar index DXY is trading around 97.38.

This week, global markets’ focus is likely to stay on the US economy not only because of the upcoming trade deal signing ceremony but also significant economic data releases coming up. Later today, the US dollar could see some moves following the release of consumer price data from the US. Meanwhile, retail sales data from the US is due on Thursday.

The dollar is also trading relatively stronger against its major peers like the GBP, which has been weighed down by continued Brexit uncertainties and an increasing possibility of a rate cut by the BOE in the face of weakening British economy. The AUD has also weakened considerably over mounting concerns of economic damage as a result of the ongoing bushfires that have raged on for several weeks now.

Meanwhile, the dollar is likely to be boosted by the sentiment of the upcoming trade deal as markets eagerly expect trade tensions between the US and China to start receding. An improvement in the trade conflict can help boost economic growth in the US, which can support the greenback.