Daily Brief, Jan 15 – Everything You Need to Know About Gold Today - Forex News by FX Leaders 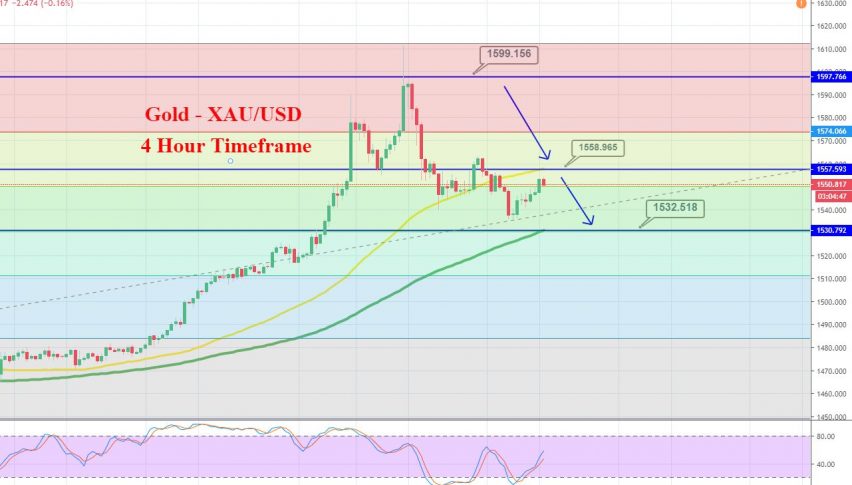 Daily Brief, Jan 15 – Everything You Need to Know About Gold Today

The market continues to trade with mixed sentiments, keeping GOLD in a sideways trading range. Gold prices closed at $1546.520 after placing a high of $1548.850 and a low of $1535.930. Overall the trend for gold prices remained bearish throughout the day.

The safe-haven appeal for gold dropped on Tuesday and dragged prices below a one-week low amid the rising hopes for a smooth signing of a trade deal between the US & China on 15th January in Washington.

The equity markets started to rise to record highs and decreased the need for finding insurance in gold. The easing in trade tensions with both sides moving one step closer to finding a middle ground made the US Treasury Department drop China’s designation as a currency manipulator.

This news further boosted the global equity market, and Wall Street posted record highs by a sharp rise in tech stocks. The risk sentiment was continuously supported by the upcoming signing ceremony of a phase-one trade deal, which caused a sudden drop in the prices of gold.

However, there are chances that investors could still get disappointed if the details of the phase-one trade deal do not meet expectations. In that case, gold prices could see a rise. Otherwise, it will drop further on Wednesday.

On the other hand, the President of Federal Reserve Bank of New York, John Williams, delivered a speech in a conference organized by the London School of Economics & Political Science, and he refrained from commenting on monetary policy or economic outlook.

The macroeconomic data from the United States remained steady on Tuesday as some data came in favor of the US dollar while others did not.

At 18:30 GMT, the Consumer Price Index (CPI) from the US in December came in line with the expectations of 0.2% and gave null effect to the US dollar while the Core Consumer Price Index (CPI) for the month of December dropped to 0.1% against the expectations of 0.2% and weighed on US dollar. The US dollar index rose about 0.18% on Tuesday to the level of 97.55 and weighed on yellow metal prices. 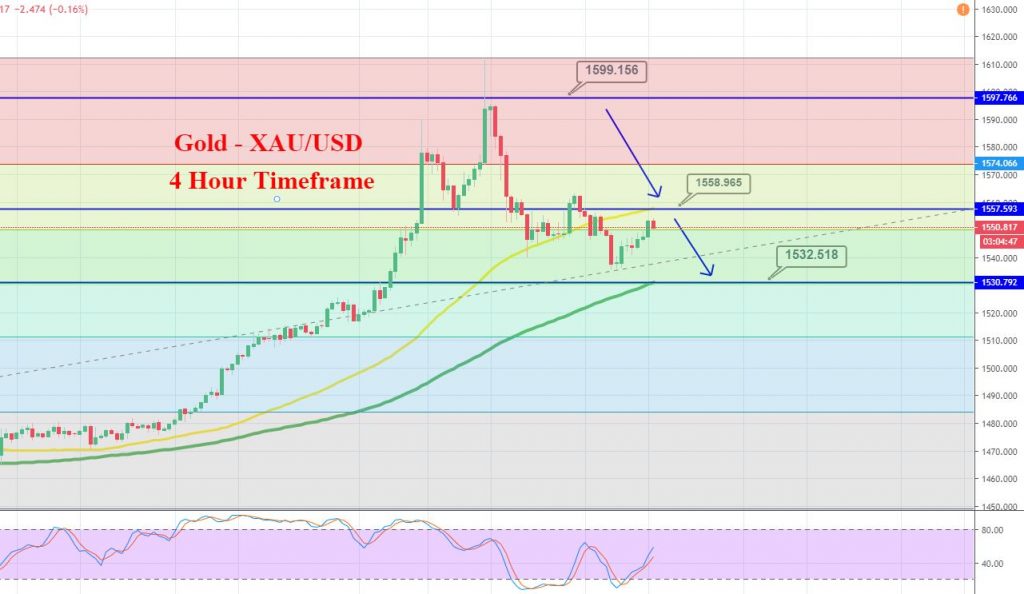 Gold traded higher as the US Core CPI figure missed economists’ forecast and performed poorly, driving bullish reversal in the gold prices. For now, gold is trading above a strong support level of 1,551, and the continuation of trading above this level can drive more buying the gold.

On the upper side, the next resistance is likely to be found around 1,556 and 1,559. Conversely, the violation of 1,551 can lead to gold towards 1,546. The bullish bias remains strong today. Good luck!