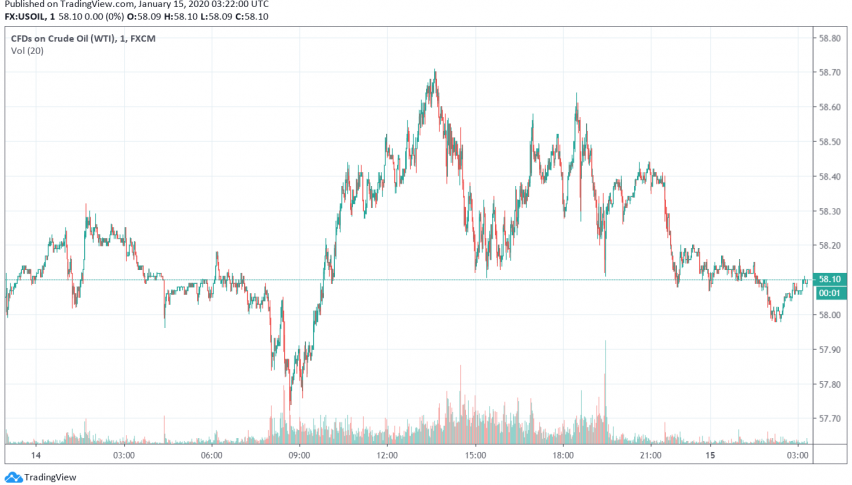 Ahead of the signing of the US-China phase one trade deal, WTI crude oil prices continue to weaken over fears that the partial trade agreement may not have much of an impact on demand for oil. At the time of writing, WTI crude oil is trading at around $58.10 per barrel.

Crude oil prices are trading cautious, reigning in the recent optimism surrounding the phase one deal after US Treasury Secretary indicated that tariffs on Chinese goods would continue at least until phase two of the agreement is ready. The continuation of tariffs is expected to keep Chinese manufacturing sector under pressure and cause no significant uptick in demand for oil in the world’s largest oil consumer.

Crude oil prices are also trading under pressure after recent reports reveal that US could increase crude output in 2020 by more than initially forecast. The EIA expects US oil production to soar to 13.30 million bpd in 2020, supported by increased output in the Permian region.

In addition, the API report revealed a build-up in US crude inventories over the previous week by 1.1 million barrels, going against economists’ expectations for a drawdown instead.