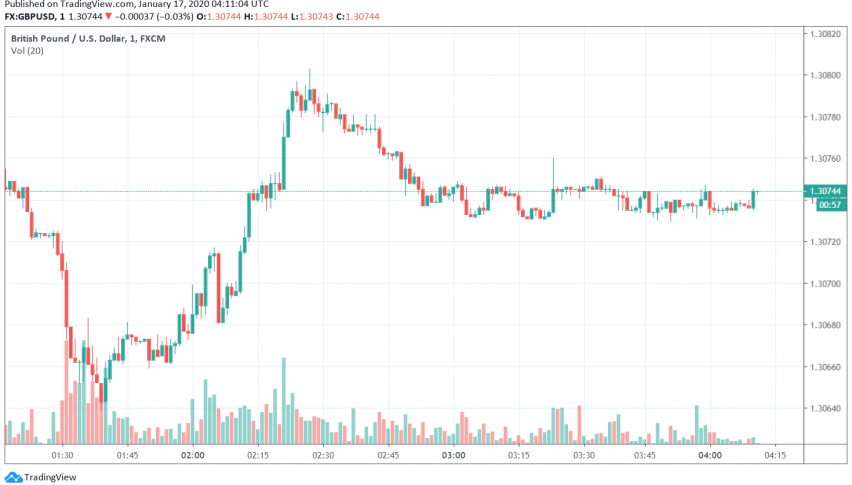 The Sterling is trading steady against the US dollar, holding just above the 1.30 level as traders adopt a wait and watch approach towards the possibility of an upcoming rate cut by the BOE. At the time of writing, GBP/USD is trading around 1.307.

GBP/USD had weakened over the past few days over disappointing economic data releases from Britain and dovish comments from BOE policymakers pointing towards a possibility of an interest rate cut. For now, there is a 57% likelihood that the central bank could announce a 0.25% rate cut in its upcoming monetary policy meeting next week.

Any further data releases that point to worsening in the UK economy after BoJo’s victory in the recent general elections will further reinforce expectations for a rate cut. GBP/USD can be influenced by the release of retail sales and PMI figures from the UK in the coming days.

In addition, GBP/USD faces pressure over concerns about whether Britain will successfully negotiate deals with the EU by the end of this year, when the post-Brexit transition period officially ends.