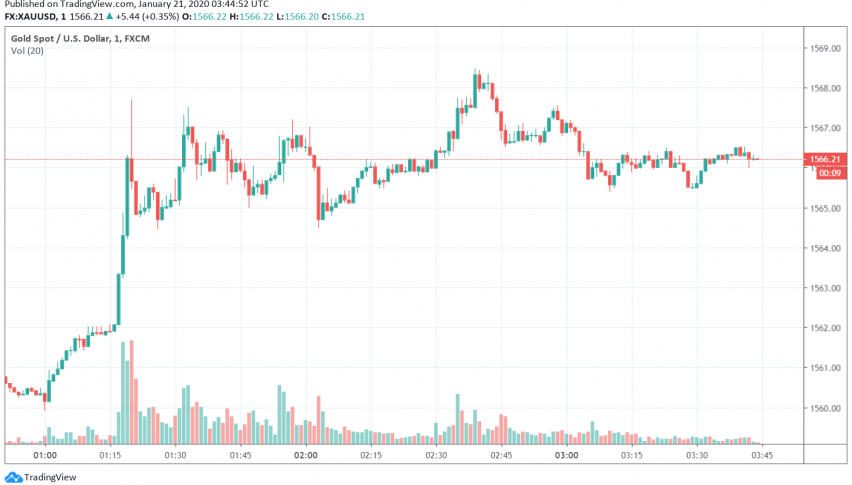 Gold Steadies After Climbing to Weekly High Over Geopolitical Tensions

Gold prices have steadied after soaring to a weekly high in the previous session over escalating geopolitical tensions following news of a missile attack in Yemen over the weekend. At the time of writing, GOLD is trading at a little above $1,566.

The safe haven appeal of gold remains supported over concerns of conflict in the Middle East after Houthi rebels launched a missile attack at a military training camp in Marib, Yemen on Saturday. Gold also remains supported over rising protests in Iraq and the military blockade in Libya due to a civil war breaking out between rebel factions.

Meanwhile, gold prices have been facing some pressure over a strengthening dollar, which shares a negative correlation with the precious metal. Strong economic data releases from the US have reduced the likelihood of the Fed cutting interest rates anytime soon, helping the greenback rise to its strongest levels so far in 2020.