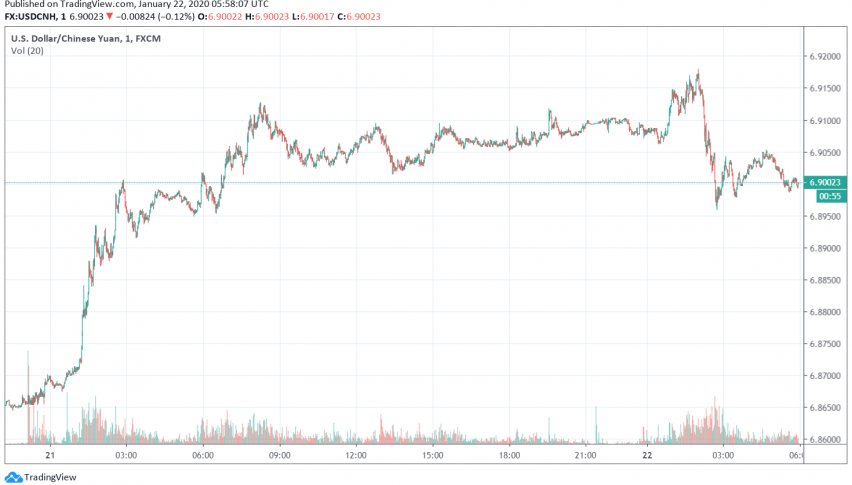 The optimism around the US-China phase one trade deal has faded and the Chinese yuan has weakened against the US dollar over rising fears of an outbreak of coronavirus epidemic impacting China’s economic growth. At the time of writing, USD/CNH is trading at around 6.900.

The number of affected patients across major Chinese cities like Beijing and Shanghai have increased significantly while more cases were being reported outside China, in locations including the US. In the previous session, the yuan lost around 0.55% of its value over concerns that the epidemic may spread severely.

Ahead of the upcoming Chinese New Year holidays, the threat of the virus spreading has increased significantly, as this is a key period for travel in and out of China. Markets remain worried that the outbreak could turn out to be as severe as the SARS outbreak in 2002-03 which had caused a slowdown in tourism across Asia and affected economic growth in the region.