AUD/USD Tests Double Top Pattern – is it a Good Time to Short?

AUD/USD is flashing green mainly due to upbeat Austrian jobs data. As of writing, the AUD/USD currency pair is currently trading at 0.6872 and consolidating in the range between the 0.6838 and 0.6879. As we already mentioned, this pair has recovered very smoothly from the one-month low after the release of better-than-expected December employment data.

According to the report, the Australian economy gained 28.9K jobs in December as compared to consensus estimates pointing to a rise of 15K and the previous month’s impressive reading of 38.5K (revised lower from 39.9K reported earlier).

Additionally, the unemployment rate unexpectedly edged lower to 5.1% during the reported month as against 5.2% previous and expected. The data forced investors to pause bets that RBA will cut rates next month and prompted some short-covering moves.

Meanwhile, the coronavirus has killed 9 lives so far in China and leaders have almost closed Wuhan and is also keeping the focus on other nations as they try to understand the cause behind the virus. By the way, the virus is known to be transmitted between humans; as a result, the market risk-tone has been badly disturbed.

The AUD/USD currency pair tried to make it through the very important 200-day SMA and did not get any impact from the subdued US dollar price action. An intraday drop in the US Treasury bond yields kept the USD buyers on the defensive and did little to influence the price action. 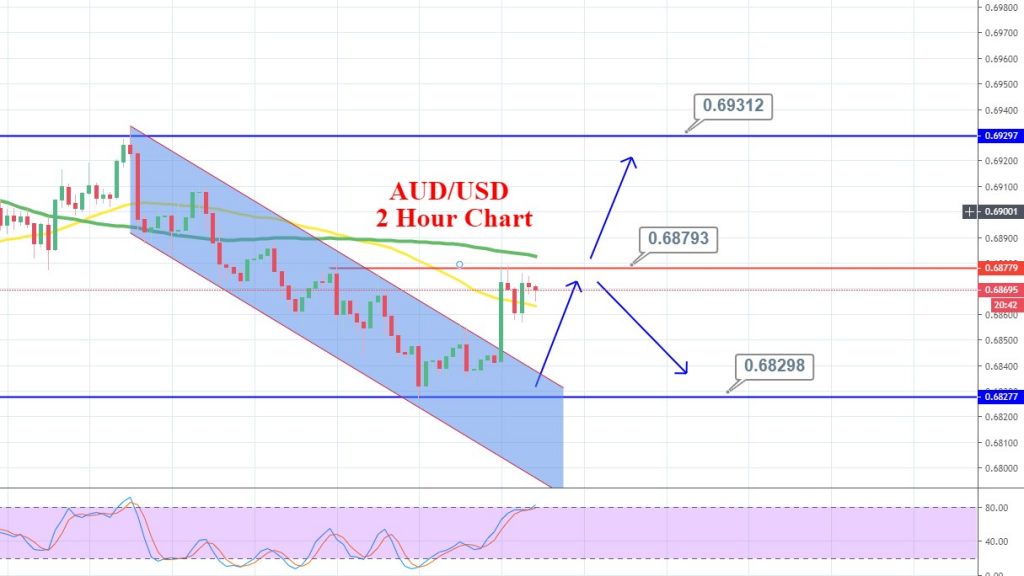