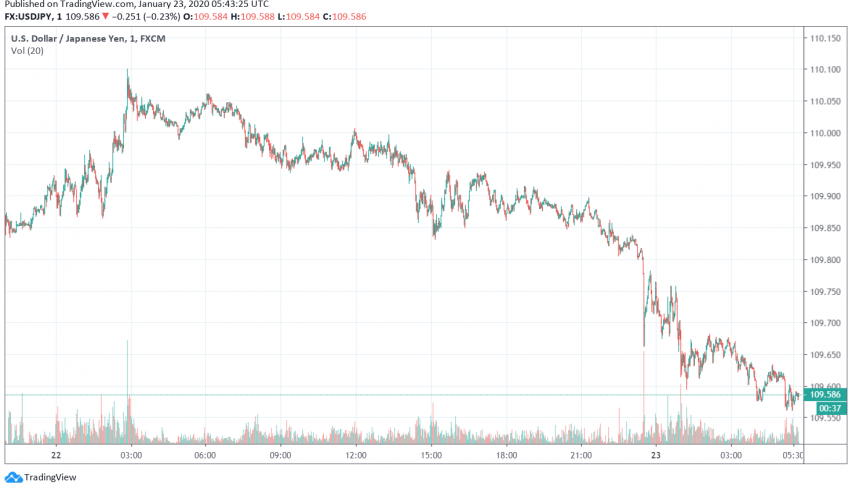 More bad news for the Japanese economy as the latest data released by the Ministry of Finance reveals a contraction in exports for the 13th consecutive month during December. Japanese exports declined 6.3% YoY during December, far worse than economists’ expectations for a decline of 4.2%.

November’s data was also revised to reveal a 7.9% decline YoY. Japan’s export-oriented economy has been feeling the strain as a spillover effect of the prolonged US-China trade war as China is one of its key trade partners.

Although the mood in global markets had improved in December after the US and China had confirmed their interest in signing the phase one trade deal, this optimism is yet to reflect on Japan’s exports. On the positive side, analysts now expect the decline in exports to bottom out over spring, but signs point to the contraction continuing into January.

The release of this data has failed to make much of an impact on the Japanese yen, which remains supported over its safe haven appeal amid rising fears of the coronavirus outbreak spreading. At the time of writing, USD/JPY is trading around 109.58.

Is the Bearish Trend Over for USD/JPY?
2 days ago