Gold’s Sideways Trend Continues – What to Expect on Friday?

GOLD prices surged on Thursday amid rising fears of coronavirus spreading in China and its impact on the global economy. This turned down the demand for riskier assets and gave a boost to safe-haven assets like gold.

The Chinese government has reported that millions of people have been locked down in two cities in order to prevent the outbreak as the number of dead people because of virus increased to 18, and the infected people were recorded above 800.

The concerns among investors have risen due to the increasing level of uncertainty in the market, and it is forcing people to move towards safe-haven assets. Chinese stock markets dropped to the lowest level in more than eight months, which has also affected the global equity markets. People are moving towards the yellow metal on the back of fears that this event could become a greater epidemic.

On the other hand, the European Central Bank held its first monetary policy meeting of the year and kept its interest rates unchanged. But it launched a “strategic review” of its inflation goals & tools.
In the absence of any geopolitical risks, the advancement in gold prices remained under check, and the move from the European Central Bank did not affect gold prices much.

On the data front, the leading index from the Conference Board Incorporation for the month of December showed a decline of 0.3% against the expected decline of 0.2% and weighed on the US dollar. Weaker than expected economic data from the United States on Thursday caused the weakness in the US dollars and strengthened yellow metal. As a result, the US bond yields and equity markets fell and supported Gold prices to rise above $1567 on Thursday. 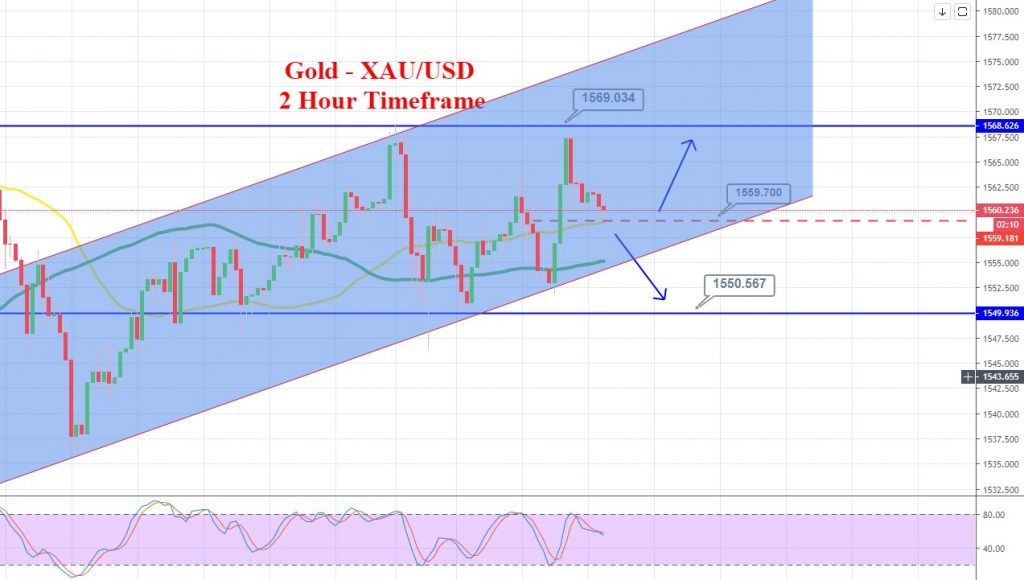