Daily Brief, Jan 27 – Everything You Need to Know About Gold - Forex News by FX Leaders 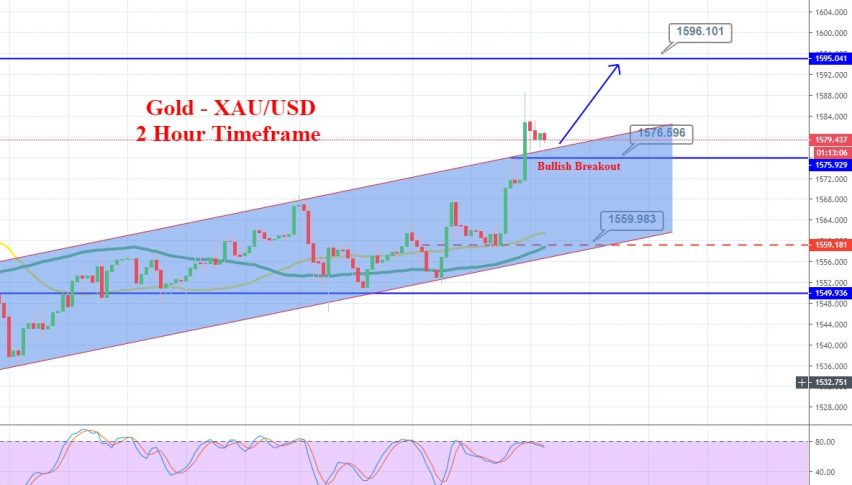 Daily Brief, Jan 27 – Everything You Need to Know About Gold

On Monday, the fundamental side of the market is mostly muted but the major focus will stay on the German Ifo Business Climate. It’s expected to rise from 96.3 to 97.1 and may help support the Euro currency today.

GOLD prices closed at $1570.9 after placing a high of $1575.85 and a low of $1556.49. Overall the movement of gold remained bullish that day. The safe-haven gold was in demand on Friday due to worldwide fears over the economic fallout because of coronavirus. The global contagion played an important role in bringing back gold bullion in the market on the ending day of the week.

Gold prices surged to near $1580 level on the fears of coronavirus impact over China and the global economy. China has adopted strict measures to contain the virus spread, but some cases of the same virus have also appeared in different countries.

The United States of America reported its second case of coronavirus on Friday. A woman who came back from Wuhan city was found affected by the disease. Although the World Health Organization has announced that coronavirus was an emergency for China but not for the whole world, gold prices continued moving in an upward direction.

This was due to the impact of the same virus on China’s equity market, which started to fall. In response, the global stock markets were also affected, with a 1% decline in Wall Street’s S&P500 Index SPX on Friday. This stock moved to near its biggest decline since October on the back of investors moving from equities towards US Treasuries and other safe-haven assets.

On the other hand, the US Treasury Secretary, Steven Mnuchin, said that White House has already started working to craft a package of tax cuts for the middle class. This was done as US President, Donald Trump, hopes to secure a second term in November.

He also said that it was possible to reach a trade deal with the United Kingdom by the end of this year. He met British Finance Minister Sajid Javid and said that it was Trump’s priority to start trade negotiations with the UK because of the good relationship between Trump & Johnson.

According to Mnuchin, in the next phase of the trade deal with China, there could be some removal of tariffs but not all of the tariffs. The next phase, which would be called as “2A” phase, will be the second step in trade negotiations with China.

On the data front, the Flash manufacturing PMI from the United States for January fell short of expectations and weighed on the US dollar. It came in as 51.7 against the expectations of 52.4. A weak US dollar aided in the upward movement of gold prices on Friday and helped them to reach a level above $1575. 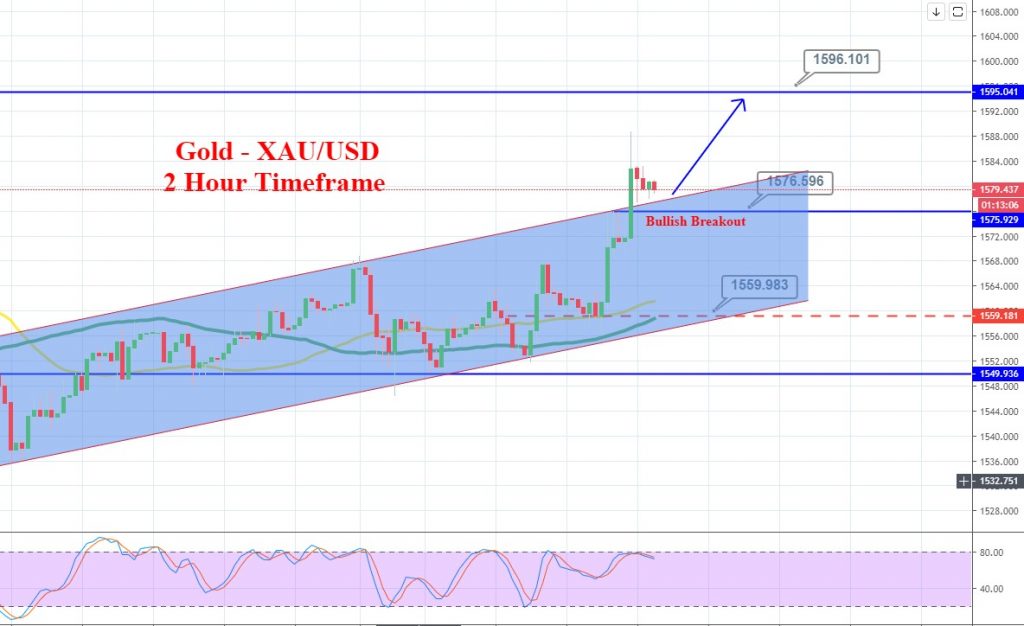 The boosted safe-haven appeal has caused a massive surge in gold as it has opened with a gap from 1,572 to 1,581. Even now, gold prices are holding above 1,577 support zone, and bearish breakout of such level can extend bearish trend until 1,572 level. The overall trend is bullish now, but this gap should be filled before we see more buying in gold. Good luck!

Gold’s Bullish Bias Dominates - Why $1,845 Could Drive Uptrend
44 mins ago