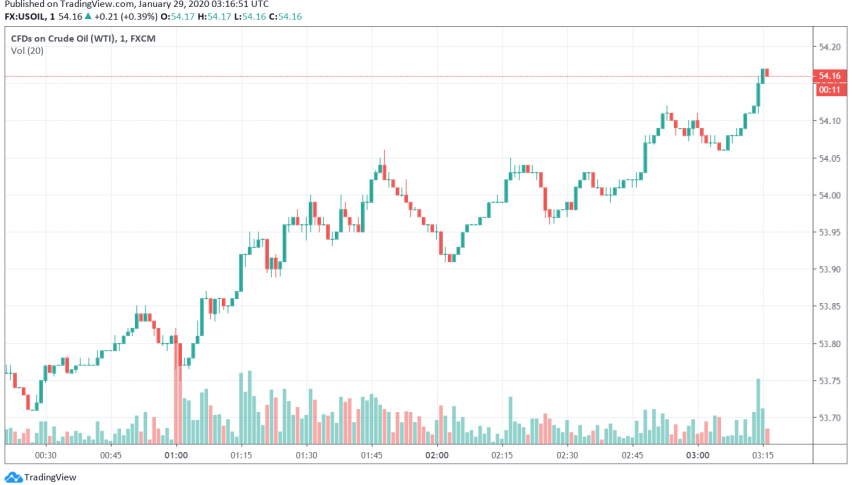 Early on Wednesday, WTI crude oil prices continue to edge higher as in the previous session as fears of the coronavirus outbreak abate and the possibility of OPEC introducing additional supply cuts emerge. At the time of writing, WTI crude oil is trading at around $54.16 per barrel.

The WHO once again commended China’s efforts to contain the spread of the virus and offered comments that sought to reassure global financial markets that the situation was not as grave as feared. This helped ease the risk sentiment in the markets and drive down worries of a potential economic slowdown reducing the demand for crude oil as a result of the coronavirus.

WTI crude oil prices also received support from the release of the API report on Tuesday which revealed a decline in US crude inventories. According to the API, crude stockpiles in the US declined by a surprising 4.27 million barrels during the previous week, while economists were expecting an increase by 482k barrels instead.