The safe haven metal GOLD prices rose mainly due to the intensifying fears of coronavirus. On the front of the main news, the market attention shifted again towards China’s coronavirus because the death losses rose to 170 and forecasts spread that China will refresh 20-year low due to the disease. Moreover, another reason behind the market’s risk-off sentiment could be the US-China trade tensions because the White House has recently refused to help China regarding tariffs even if coronavirus weighs on its GDP.

Notably, the World Health Organisation’s Emergency Committee is scheduled to do another meeting later on Thursday in order to rethink the rapid spread of the virus for giving notification of a global emergency. Meanwhile, British Airway and Lufthansa announced they had canceled all flights to China, while Toyota said it would discontinue vehicle production in the country.

Whereas, Zhang Ming, an economist at the Chinese Academy of Social Sciences, said that China’s economic growth could drop to 5% or even lower due to the viral outbreak, probably pushing policymakers to introduce more stimulus measures.

On the other hand, the United States Federal Reserve on Wednesday have confirmed to keep the rates unchanged, but gave expectations for delivering further rate cut in the wake of higher inflation. Meanwhile, traders hoped for a rate cut by November’s meeting after the Fed’s statement. 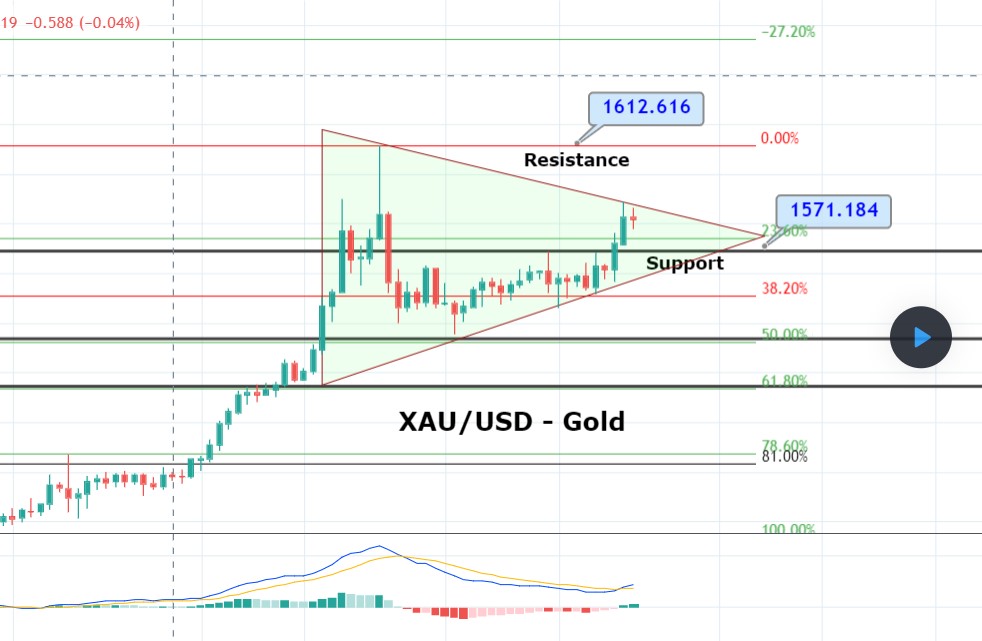 Gold has traded in line with our forecast as it surged after testing the support level of 1,564. On the higher side, the gold prices are likely to find resistance around 1,582 and 1,587 today. Whereas, support can be seen around 1,572 area today.

Forex Signals Brief for February 8: USD Resumes the Course After Powell Leaves It to the Data
2 hours ago