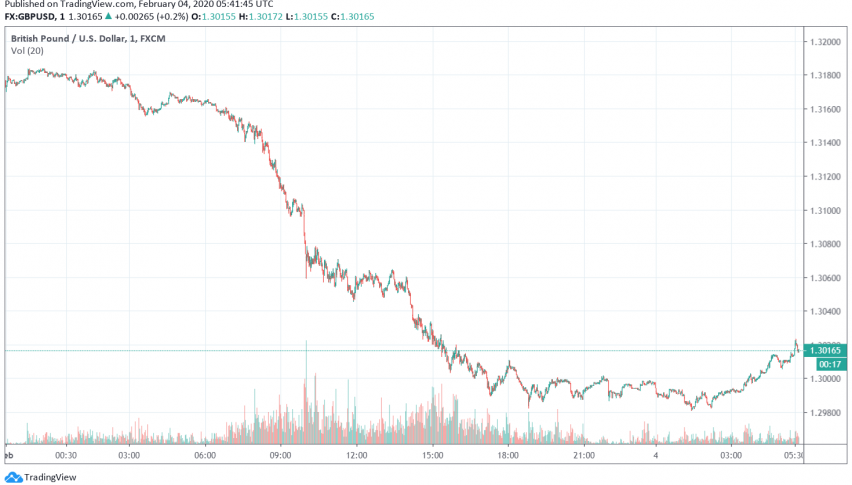 GBP/USD Steadies For Now, But Expected to Remain Volatile as EU-Britain Negotiations Begin

The Pound has steadied early on Tuesday after weakening by as much as 1.5% against the US dollar in the previous session as EU-Britain negotiations began on a difficult note, worrying markets about a no-deal Brexit. At the time of writing, GBP/USD is trading at around 1.301.

Britain officially left the EU on January 31 and the focus has now shifted to the next stage of post-Brexit negotiations between the two regions. UK PM Boris Johnson appears to have taken a strong stand already, insisting that Britain is not keen on following EU’s rules and regulations after the departure.

With less than 11 months till the transition period officially ends, there is very little time for both sides to iron out their differences and agree on a mutually beneficial trade deal. The EU also appears to be playing tough, maintaining that it is unwilling to compromise on the integrity of its single market and make exceptions for Britain.

The volatility in the Pound is expected to last as long as talks progress and uncertainty remains high with regards to the negotiations. The initial optimism that had strengthened the Pound after the December general elections appears to be fading as both the EU and Britain take opposing stands as they enter into negotiations.