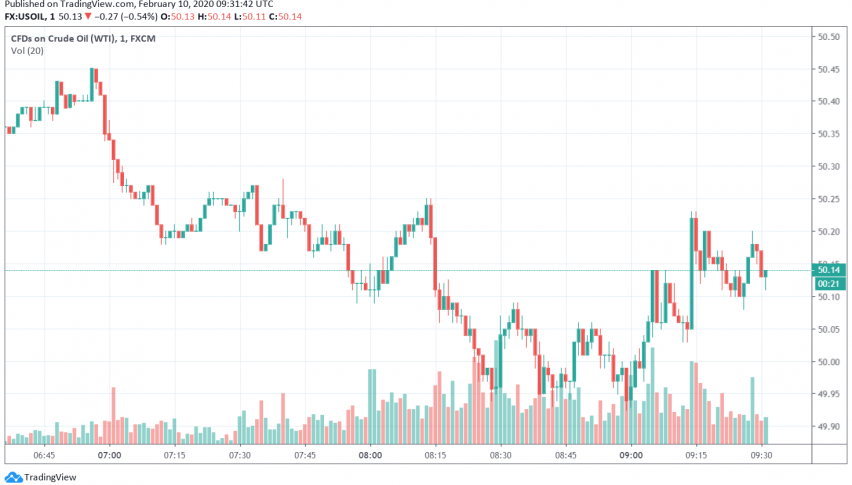 Today in the early Asian session, WTI crude oil prices dropped mainly due to the measured China’s oil demand after the coronavirus outbreak with all eyes on the decision by major producers to cut output further in order to balance markets.

WTI Crude Oil is off more than 20% from its peaks struck in January after a growing virus hit demand in the world’s largest oil importer. US West Texas Intermediate (CLc1) fell 8 cents to $50.24 a barrel after striking a low of $49.56.

As we are well aware, China has arranged support for its companies and financial markets during the last week and investors still expect more support to raise the world’s second-biggest economy.

Concerns about supply were not eased on Friday when Russia said it needed further time to decide on a recommendation from a technical committee that has advised the Organization of the Petroleum Exporting Countries (OPEC) and its allies to cut production by a further 600,000 barrels per day.

It should be noted that the calls for more cuts did not succeed to reduce the pressure from oil prices because the OPEC+ ministers did not discuss this proposal yet. In addition, Russia is not showing support for further cuts.

At the front of the coronavirus, the latest update came that recorded more than 37,000 known cases across the globe and over 900 deaths so far.