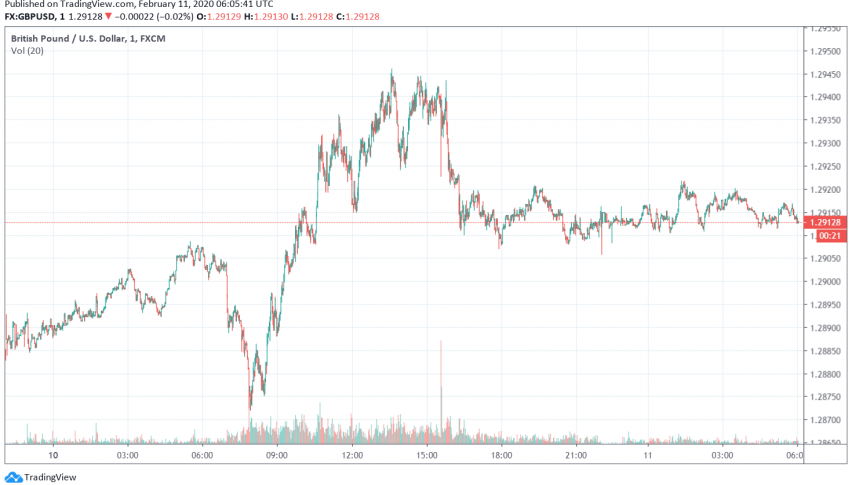 The Pound is trading somewhat steady against the US dollar, holding on to its slight gains from Monday after trading weak for most part of the previous week over worries about a Britain-EU trade deal. At the time of writing, GBP/USD is trading at around 1.291.

GBP/USD experienced its most severe decline in seven weeks, losing around 2.4% of its value over last week as markets worried about the possibility of a no-deal Brexit at the end of the transition period on December 31, 2020. Hard stands being taken by both the EU as well as Britain as they headed into negotiations once again brought back concerns that the two regions may not be able to finalize a free trade deal within the next few months.

Later today, GBP/USD could see some movement on the release of UK’s GDP data, but most of the sentiment in the coming weeks will be dictated by the progress in trade talks. GBP/USD has also been trading weaker lately as the US dollar gains strength as a safe haven currency due to markets’ worries about the coronavirus outbreak and its impact on economic growth, both in China as well as on a global level.

Forex Signals Brief for January 27: US Q4 GDP Gives the USD A Small Boost
1 hour ago

EUR/USD and Gold Testing the 50 MA As Support, After the Retreat on US Q4 GDP
17 hours ago