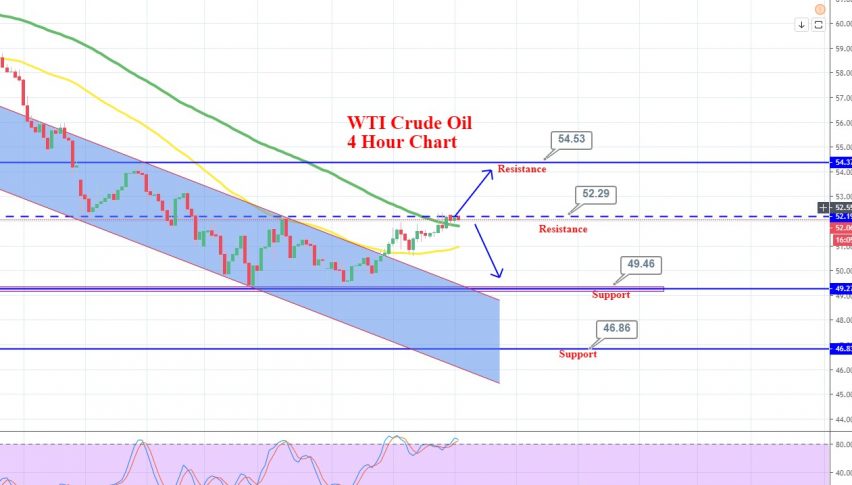 WTI crude oil prices were unchanged as traders want more news of coronavirus and await economic data, which is scheduled to release this week. US West Texas Intermediate crude (CLc1) rose 8 cents to $52.13 a barrel, after a 3.4% gain last week.

It should be noted that Japan, the world’s fourth largest oil consumer, reported an economic contraction of 6.3% for the October to December period, and there is an expectation of a further reduction in the January to March quarter mainly due to the virus. Singapore, whose trade-dependent economy is a barometer for the region, also warned of the potential for a slowdown this quarter because of the coronavirus outbreak.

On the other hand, the International Energy Agency (IEA) said last week the virus is ready to drop the oil demand by 435,000 barrels per day (BPD) in the first quarter of 2020 from the same period a year ago.
However, traders are also expecting that the Organization of the Petroleum Exporting Countries (OPEC) and its allies, including Russia, will approve a proposal to extend production cuts in order to tighten global supplies and support prices.

The group, also known as OPEC+, has an agreement to cut oil output by 1.7 million BPD until the end of March. Meanwhile, China has announced a decline in new cases for a third consecutive day. There were 1,933 new cases and 100 new deaths on Sunday, according to data released by the Chinese government.

Whereas, sixty-million people in the Hubei region have been ordered by the government to stay at home until there is an emergency. Meanwhile, the use of private cars has been banned generally, according to the South China Morning Post. A single person from each house is allowed to go outside after every three days to buy food and essential items. 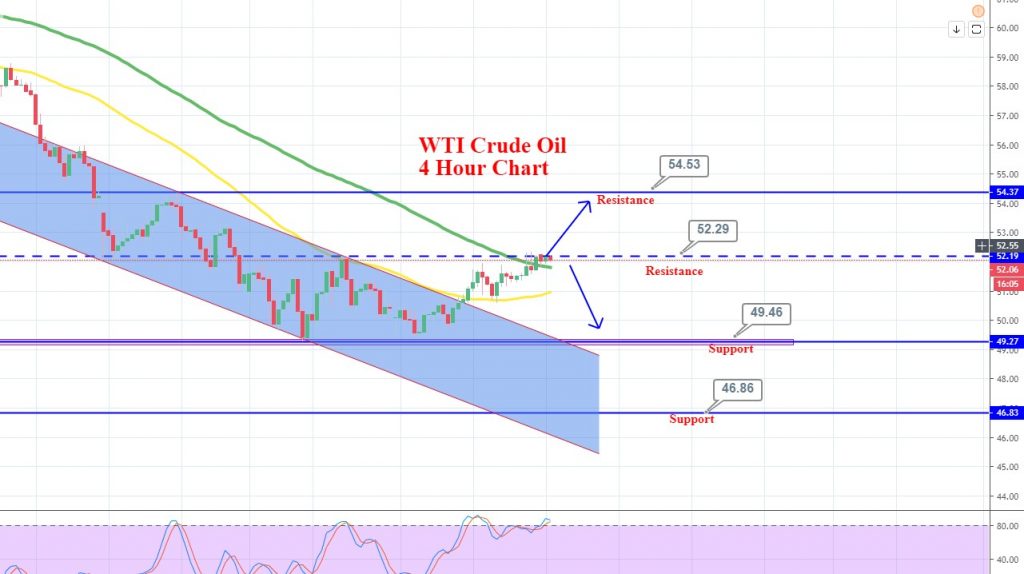 On the technical front, WTI crude oil is holding at 50.80, facing an immediate resistance around 52.30. At the same level, the 50 periods EMA also extends resistance, driving a bearish bias for WTI.

Today, we should consider staying bearish below 51.25 level to target 50.25 and 49.65 as US Oil is mostly likely to stay in this range today. Good luck!