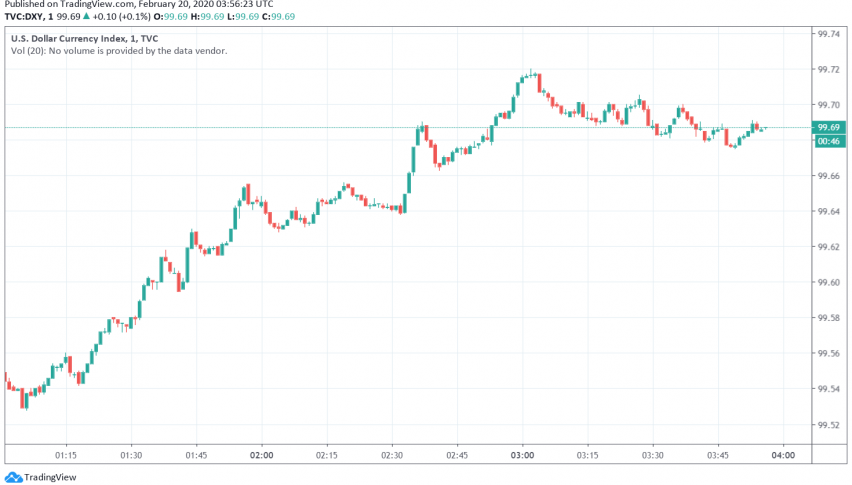 US Dollar Strengthens as Fed Sounds Optimistic About Economy

The US dollar continues to trade close to a 3 year high against other major currencies early on Thursday even as China reported a slowdown in the number of infected cases and unveiled more stimulus measures to support its weakening economy. At the time of writing, the US dollar index is trading at around 99.69.

The US dollar also traded bullish following the release of the FOMC meeting minutes in the previous session, which revealed essential guarded optimism about the state of the US economy within the central bank. While the Fed acknowledged economic risks of the coronavirus outbreak, it hinted that it was going to keep rates steady as it did not foresee too much of an impact on the US economy.

The US dollar was also benefited from prolonged weakness in the Eurozone economy keep the euro under pressure while Brexit uncertainties continue to weigh on the GBP. Weak economic data releases from Europe and Britain exert downward pressure on their respective currencies even as the US continues to surprise markets with robust economic data lately, lending further support to the greenback.