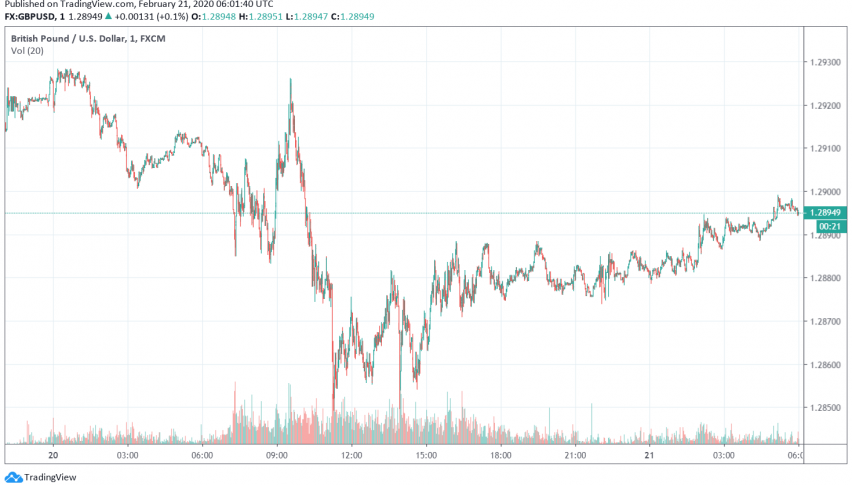 The Pound continues to trade weak against the US dollar, although it has recovered slightly after falling to the lowest level in three months on account of gains in the US dollar as a safe haven currency. At the time of writing, GBP/USD is trading at around 1.289.

A recovery in retail sales in the UK also failed to move the Cable much as markets continued to focus on the economic impact of the coronavirus outbreak around the world. The US dollar has strengthened to a near three-year high over rising uncertainty about the fate of the global economy as a result of the outbreak.

Meanwhile, Brexit-related uncertainties also weigh on British markets and on the currency after Britain and the EU appeared to be hardening their stances ahead of the next round of negotiations. So far this week, GBP/USD has lost around 1.4% of its value, erasing all the gains after Sajid Javid stepped down and Rishi Sunak was appointed as the next finance minister.

Although markets still remain hopeful that the government could unveil fiscal stimulus measures, the possibility of a rate cut by the BOE is on the rise. Markets are now anticipating an 80% likelihood of the Bank of England cutting interest rates by 0.25% in December this year.