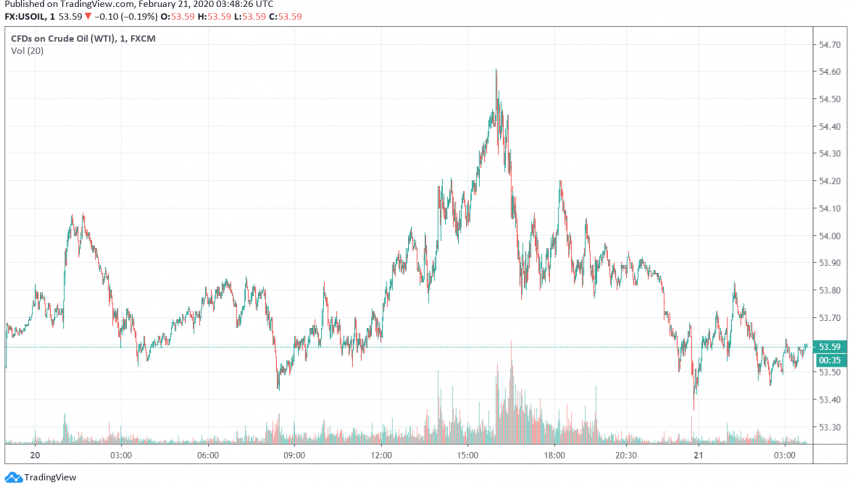 Early on Friday, WTI crude oil prices have edged lower over mounting concerns that the coronavirus outbreak could dent the demand for oil as the number of infected cases rose higher outside China. At the time of writing, WTI crude oil is trading around $53.59 per barrel.

The market sentiment was impacted after South Korea confirmed that there were over 150 cases of patients infected with the virus. Meanwhile, the number of cases in China also continue to grow as per recent reports after having slow down over the past few days adding to worries about lower demand for oil as a result.

Crude oil prices have been under pressure in the wake of falling demand even as markets wait for confirmation from OPEC and its allies on deeper supply cuts. Additional weakness in oil prices was driven by gains in the US dollar which makes it hard for holders of other currencies to purchase WTI crude oil.

Crude oil received some support over geopolitical tensions in the Middle East after Saudi Arabia confirmed that it had intercepted and destroyed multiple ballistic missiles which were targeting its cities and had been launched by Houthi rebels.