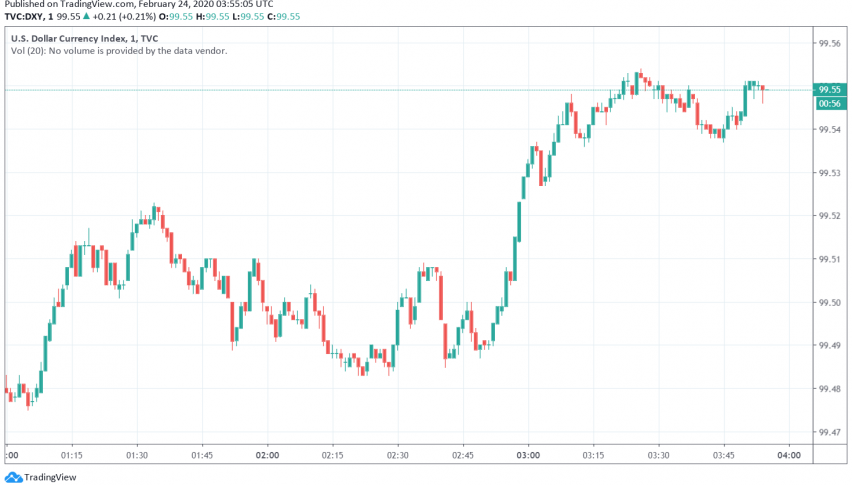 US Dollar Bullish as Coronavirus Fears Spread Beyond China

The US dollar is trading bullish at the start of a fresh week as global currencies weaken as markets worry about the growing number of coronavirus cases internationally. At the time of writing, the US dollar index is trading around 99.55.

The WHO has expressed concerns about the rise in cases in other countries without any direct links to the outbreak in China. The US dollar remains in favour as a safe haven currency as a result of the heightened uncertainty plaguing markets.

South Korea is on the highest alert as it tries to contain the spread of the virus which has affected around 700 people so far and caused around seven deaths in the country. The situation is just as dire in Italy, where the Venice carnival has been cancelled and the towns in the north have been sealed off as the government investigates the origin of the outbreak.

On a somewhat positive note, however, China has reported a slowdown in the number of infected cases giving market some hope that its economy could bounce back in the near future as workplaces resume operations and recover after the prolonged lockdown shortly.

Is the USD Due for A Strong Bounce As Data Improves and Core Inflation Remains High?
5 days ago