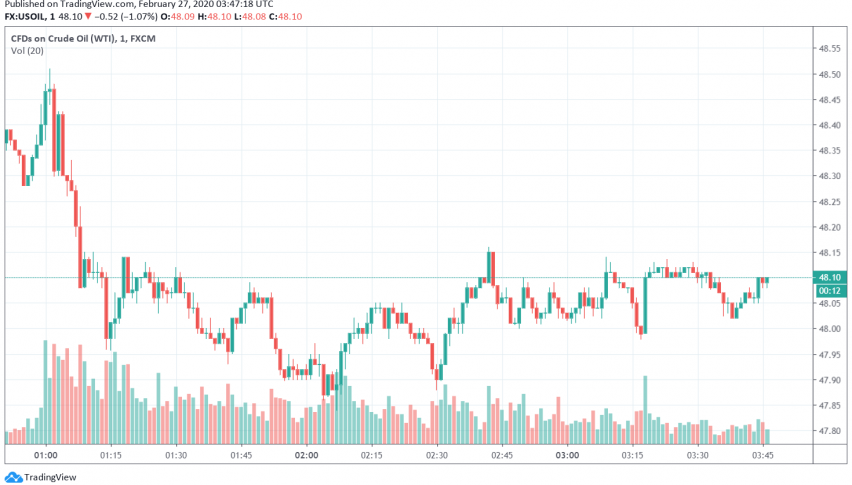 WTI crude oil prices continue to slide lower for the fifth consecutive day early on Thursday over rising fears about the coronavirus impact on oil demand and global markets. At the time of writing, WTI crude oil is trading at around $48.10 per barrel.

Over the past week, WTI crude oil has lost nearly 11% of its value as the number of coronavirus cases increased around the world and beyond China, raising concerns of a far deeper impact on global economic growth. Wednesday was especially worrying for markets when a higher number of new infections was reported from countries outside of China than from China itself, the source of the outbreak.

Asian equities are off to a bearish start early on Thursday as markets worry about the impact of the coronavirus on the global economy. With cases now being reported from South America, expectations are high that the outbreak could spread to the US as well even though President Trump asserts that there is a very low risk of such an occurrence.

Additional weakness in WTI crude oil prices was driven by the release of the EIA report in the previous session which revealed an increase in US crude inventories. According to the report, crude stockpiles in the US rose 425k barrels higher to 443.5 million barrels during the previous week, which was however better than the economists’ forecast for an increase by 2 million barrels instead.