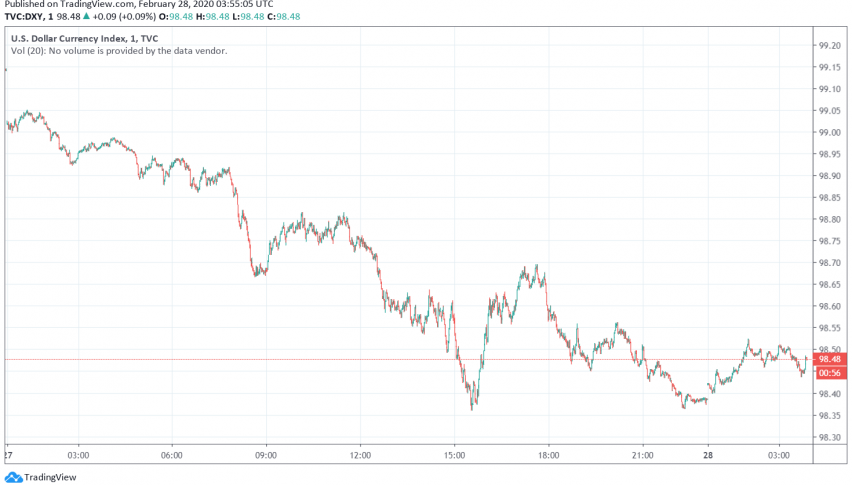 US Dollar Dips as Expectations for Fed Rate Cut Rise

The US dollar continues to trade bearish early on Friday expectations for a Fed rate cut continue to climb higher in the face of growing number of coronavirus cases being reported from around the world. At the time of writing, the US dollar index is trading around 98.48.

Markets are widely anticipating that the US central bank could announce a rate cut as soon as next month and after three rate cuts by the mid of this year. The continued weakness in global stock markets has driven rate cut sentiments higher over the past few sessions.

While the Swiss Franc found quite a few takers as a safe haven currency, there was also considerable movement of capital out of Asian and commodity currencies and into the greenback, which lent some support to the US dollar. Analysts expect the weakness in the dollar to be short-lived, as it will regain its appeal as a more reliable currency to invest in over other peers such as Commodity currencies and emerging markets.

Is Gold Turning Bearish On Higher Interest Rates?
4 days ago