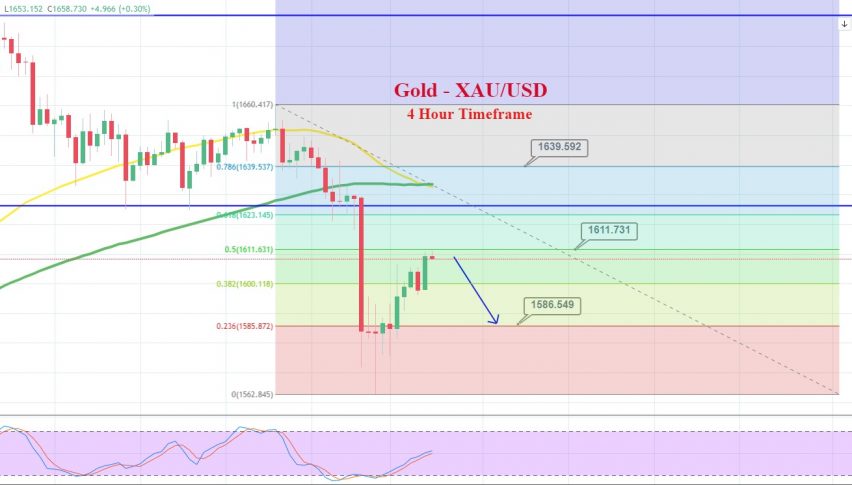 On Monday, the safe haven gold prices rose more than 1%, recovering losses from a precipitous slide in the prior session amid the fast-spreading coronavirus and hopes for a rate cut by the US Fed. During the early European session, gold gained 0.9% to $1,599.15 per ounce, having risen over 1% earlier in the session.

Most of the buying was triggered after the US dollar weakened against the Euro and the Japanese yen after comments by Fed Chair Jerome Powell led investors to expect interest rate cuts in March. The US official data showed that personal spending increased by 0.2% on month in January (0.3% expected), and personal income grew 0.6% (+0.4% expected).

The Market News International Chicago Purchasing Managers’ Index climbed to 49.0 in February (46.0 expected) from 42.9 in January, while the final readings of February University of Michigan Consumer Sentiment Index posted 101.0 (100.7 expected).

The epicenter Hubei province reported 4,823 new cases on the second day of using the new diagnosing method. The number of people in serious and critical condition rose to 9,638 from the prior figures of 7,084.

GOLD prices have dipped dramatically on Friday, testing the support level of 1,562. However, on Monday, it’s been recovering to trade at 1,602, which marks 38.2% Fibonacci retracement level. Continuation of a bullish retracement can extend buying until 1,621, but for this, gold needs to break above the 1,607. Whereas, immediate support stays around 1,593.