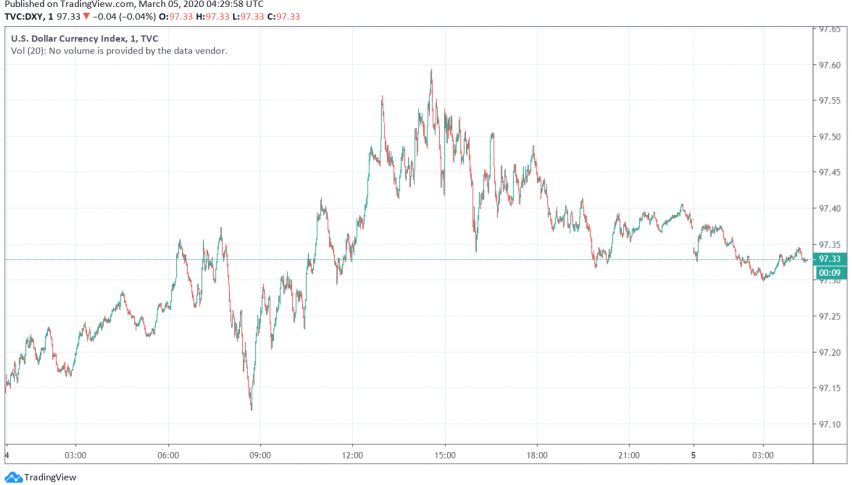 The US dollar regained some of its strength a day after the Fed cut interest rates by 0.50% and is trading bullish early on Thursday following the release of optimistic economic data. At the time of writing, the US dollar index is trading around 97.33.

The ADP employment report which released in the previous session revealed a better than expected rise in private payrolls in the US even as the services sector expanded at the fastest pace in a year during February. Analysts remain optimistic about the strength of the US economy and currency despite the rising external risks which are weighing on global markets lately.

Other major currencies are trading weaker on response to possible action by central banks. Earlier this week, the RBA cut its OCR, while the BOC also followed suit and announced the largest rate cut in a decade, sending the AUD and CAD lower. Meanwhile, the Pound is trading steady despite the coronavirus uncertainties after the next BOE governor confirmed a wait and watch approach instead of cutting rates like other central banks.

Later this week, the US dollar could see some major moves following the release of the NFP report on Friday. Latest developments on coronavirus are also expected to remain in focus and dominate the market sentiment in the near future.

GBP/USD Enters Overbought Zone - Why 1.2500 Could Drive Sell-off
2 months ago