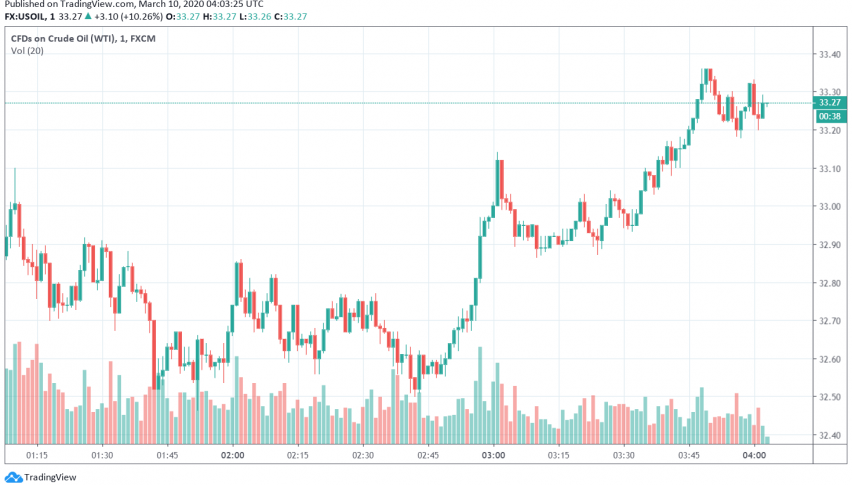 Early on Tuesday, WTI crude oil prices have recovered around 6% of their value after the sudden crash in the previous session but continue to trade under pressure over expectations of a price war getting underway between Saudi Arabia and Russia. At the time of writing, WTI crude oil is trading at around $33.27 per barrel.

On Monday, WTI crude oil had lost around 25% of its value after Saudi Arabia announced that it would boost crude production and cut selling prices across crude grades starting April. Oil prices saw the largest one-day decline since the Gulf War of 1991, falling to the lowest level seen since February 2016, as a result.

Crude oil has been trading weaker over the past several weeks as markets worried about the impact of the coronavirus on oil demand and global economic growth. Hopes of deeper crude production curbs that had lent some support to oil prices were dashed last week after Russia refused to go with the proposal put forth by OPEC members.

Analysts anticipate that  Saudi Arabia’s latest move could snowball into a price war with Russia and the US, with Russia already hinting at raising its supply to compensate for the low oil prices. Meanwhile, US shale oil producers are expected to reduce their production to offset the possible supply glut in oil markets.