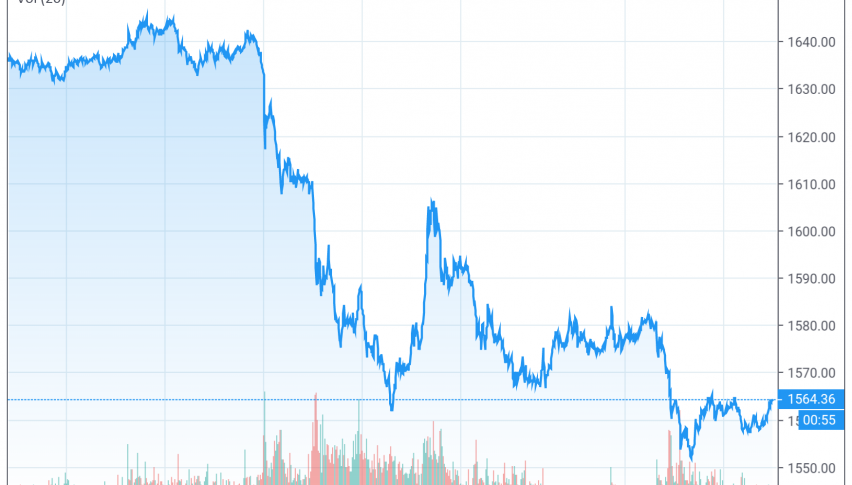 Gold prices are trading weaker early on Friday despite the reigning risk-off sentiment weighing on markets as investors covered margin calls amid continued drop in global equities. At the time of writing, GOLD is trading at a little above $1,564.

Gold has lost around 6.7% of its value so far this week and is all set to post the largest weekly decline seen since June 2013. Even though the safe haven appeal of gold remains in focus, the continued sell-off in global equities would put pressure on investors to liquidate their positions in the yellow metal to meet margin calls.

Ending days of uncertainty, the ECB unveiled stimulus measures on Thursday but kept interest rates on hold. Meanwhile, the US is also expected to confirm its fiscal stimulus efforts later today as lawmakers approached agreement on the proposed steps.

Gold prices were driven lower amid a strengthening in the US dollar over its increased preference as the most liquidi currency in markets. As we know, gold shares a negative correlation with the dollar and whenever the dollar gains, gold becomes more expensive for holders of other currencies to purchase.

Trading XAU/USD: Everything You Should Know About Gold Today
16 hours ago

Selling the Jump in Gold, After GM Announcement
3 days ago