Daily Brief, Mar 18: Everything You Need to Know About Gold Today - Forex News by FX Leaders 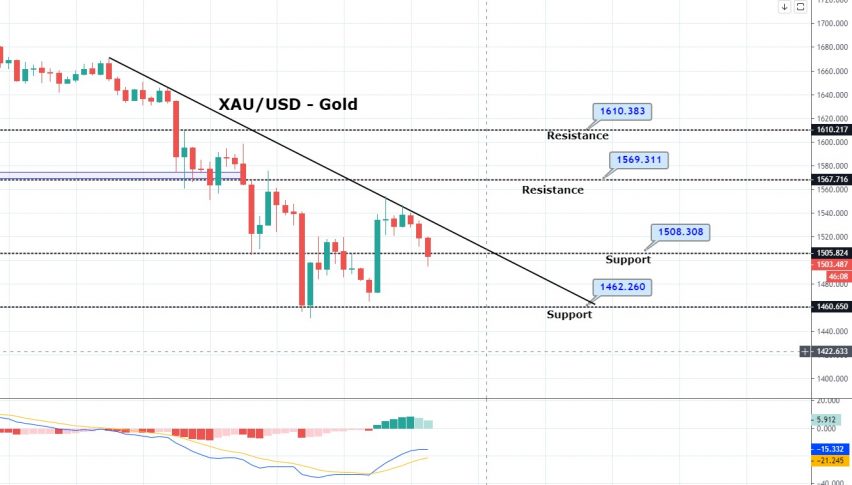 Daily Brief, Mar 18: Everything You Need to Know About Gold Today

At the starting of the Asian session today, the safe haven metal prices rose after falling below the $1,500 mark during the night and having hit a session high of $1,546 six hours ago despite the fresh stimulus packages from the United States. As of now, Gold is currently trading at $1,511.50 per oz and pulled back from session highs near $1,546.

The yellow metal has dropped from session highs despite the decline in the US stock futures. At press time, the futures tied to the S&P 500 are registering a 3% loss while stocks in Australia are down over 4%, while those in Hang Seng are down 1%.

However, Japan’s Nikkei index and the Shanghai Composite index are adding 1.35% and 0.65%, respectively, and could be limiting the bullish trend in gold. Moreover, the 10-year US treasury yields are trading above 1% for the first time since March 5, having hit a record low of 0.35% on March 9.

The US Federal Reserve and other central banks have delivered rate cuts and announced stimulus packages in the past two weeks. The United States is still planning to deliver a further stimulus package of between $850 billion to more than $1 trillion, as per Treasury Secretary Steven Mnuchin’s report, which may make the US dollar weaker and drive the bullish trend in the precious metal gold prices.

Hence, it can be a big opportunity for traders to enter the gold market as gold is likely to gain fundamental support to help its prices push higher.

On the other hand, the US continues to struggle along with the Federal Reserve, which is doing the same to ensure that the world’s largest economy doesn’t get infected due to the deadly virus. Besides this, the Trump administration announced on Tuesday that it is planning to give checks directly to Americans as part of a $1 trillion stimulus program. Many major central banks have delivered rate cuts recently and are still ready to deliver more if required.

Looking forward, the yellow metal could drop into the negative below the opening price of $1,527 if the US yields continue to flash green, boosting stronger gains in the dollar – gold’s biggest nemesis. The dollar index is currently trading near 99.40, having hit a three-week high of 99.83 on Tuesday. 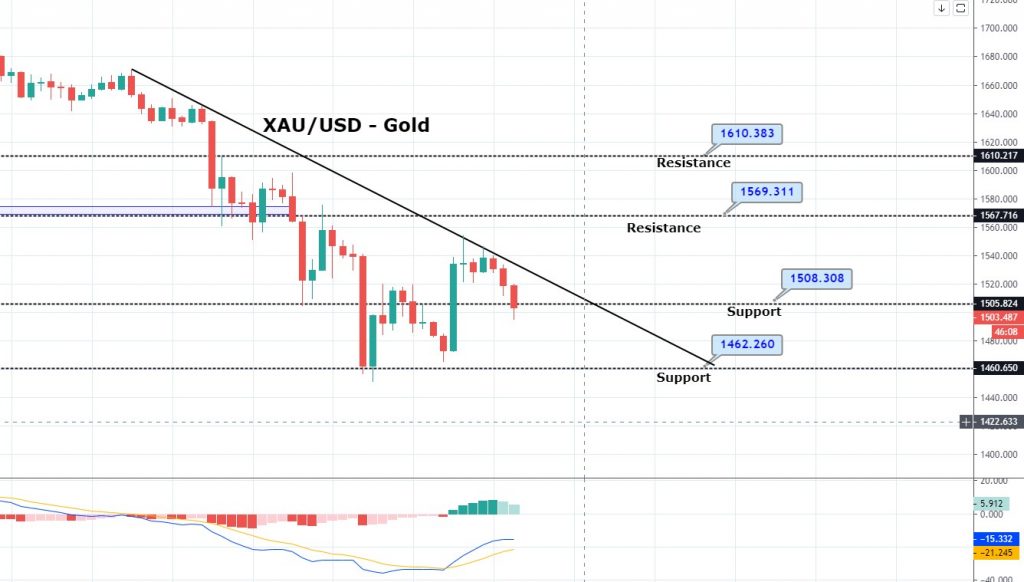 The precious metal GOLD has recovered from 1,456 level, and it’s now trading at 1,527. XAU/USD has immediate support around 1,515 level. On the 4-hour chart, gold has formed a tweezers top pattern, which typically drives selling bias in the market.

Today, gold may face resistance at 1,551 level, and below this, its prices can drop to 1,515 level. Violation of 1,515 can open further room for selling until 1,494. Trading bias is slightly bearish today.