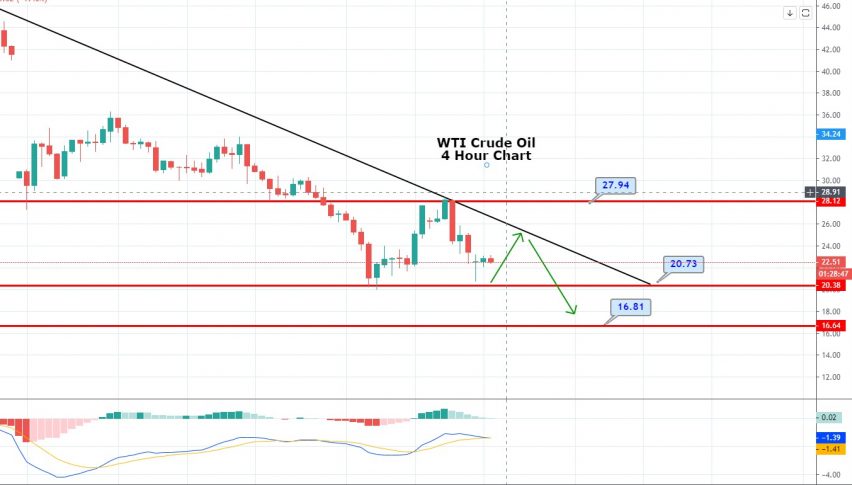 Today during the Asian session, WTI crude oil prices were flashing red and dropped to their lowest level since 2003 because the expected deal between OPEC and the United States failed to happen once again.

The risk-off market sentiment and US travelers’ ban news from Japan are also weighing onoil prices. At the moment, WTI crude oil prices are currently trading at 22.66 and consolidate in the range between the 20.81 and 23.23. WTI rose 0.6% to trade at $22.77 per barrel, erasing some early losses that had sent the contract falling more than 8%.

However, the prices of crude oil have dropped due to the coronavirus outbreak because of which there’s a dramatic slowdown in travel and business activity globally, thus powerhouse producers Saudi Arabia and Russia prepare to raise production.

Before the weekend, the OPEC Secretary-General Mohammad Barkindo invited Texas Railroad Commissioner Ryan Sitton to the organization’s summer meeting in June. While this invitation immediately increased hopes for a deal to support oil prices, Sitton faced criticism because he called for decreased production of Texan crude output for the first time since 1970. 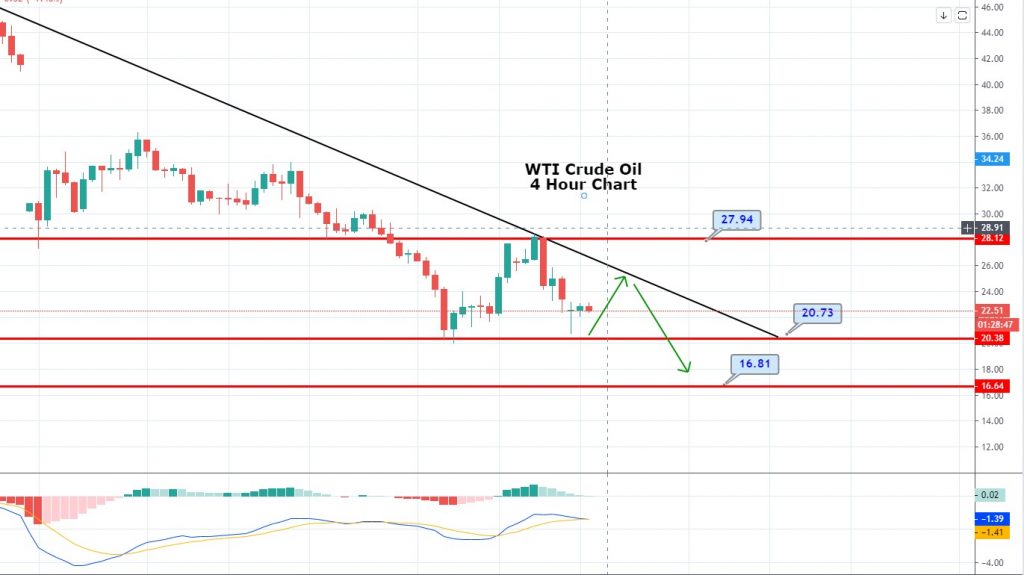 On the technical front, crude oil prices are facing strong resistance around 24.92, which marks a pivot point level. Closing of candles below this level is exposing oil prices until 20.75, the double bottom support. Violation of this double bottom level may lead the WTI crude oil prices towards 16.81. The idea today is to stay bearish below 23 with a target of 20 and a stop loss of over 23.64.