GBP/JPY Set to Test Upward Trendline – Is There a Buy Signal?  - Forex News by FX Leaders

GBP/JPY Set to Test Upward Trendline – Is There a Buy Signal?

The Japanese cross currency pair GBP/JPY has dropped to trade at 130.300 as investors are moving towards safe-haven assets such as GOLD and Japanese yen. At the same time, traders seem to cash out from Sterling, causing it to tumble to its lowest level on record versus the currencies of the United Kingdom’s major trading partners.

It seems like the effects of the coronavirus pandemic proceed to shred through markets. Besides this, the British Consumer Price Index, which is also known as inflation, surged to 1.7% in the month of February 2020. Comparing it to the previous month, the CPI figure is down by 0.1% from 1.8% in January 2020, and it has also been weighing on GBP/JPY. 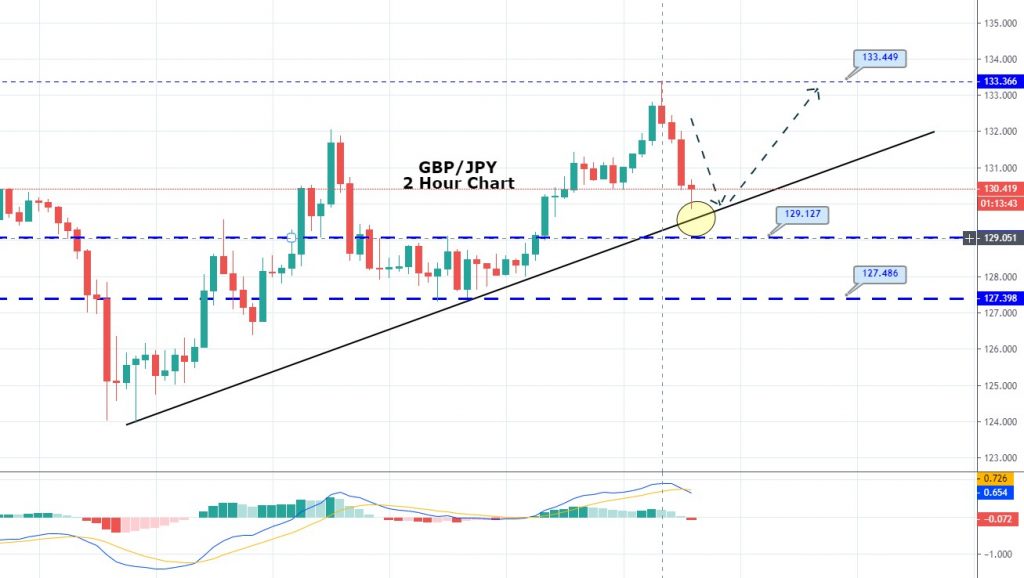 Technically speaking, GBP/JPY is likely to test the support level of 129.650, which is extended by a bullish trendline. At the same level, the 50 periods exponential moving average is also supporting the Japanese cross. While the resistance becomes a support level holds around 129.120. So to be more secure, we are looking to place a buy limit at 130.330 with a stop loss below 129.750 and a take profit of around 131.850. Good luck!