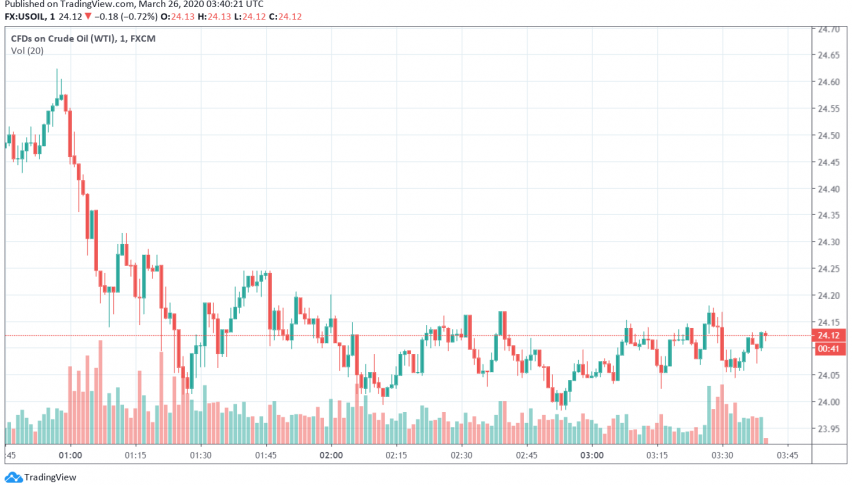 WTI crude oil prices are experiencing mixed trading early on Thursday after three consecutive days of bullishness even as the US government approved its massive fiscal stimulus package worth almost $2 trillion. At the time of writing, WTI crude oil is trading at around $24.12 per barrel.

While the freshly announced stimulus is expected to support the US economy amid the coronavirus crisis, markets remain concerned about dwindling oil demand in the wake of continued lockdowns and travel restrictions worldwide. Analysts estimate global oil demand to reduce by as much as 10 million bpd as a result of the widespread lockdown measures, which could create oversupply in crude oil markets.

Meanwhile, Saudi Arabia looks all set to go ahead with its plans to flood the markets by increasing its oil shipments by 10 million bpd by May this year. This is likely to drive a glut in oil markets and further weaken crude oil prices in the near future.

WTI crude oil prices also came under pressure following the release of the EIA report in the US session. According to government data, crude stockpiles in the US rose by 1.6 million barrels during the previous week, rising for the ninth straight week even amid falling demand.