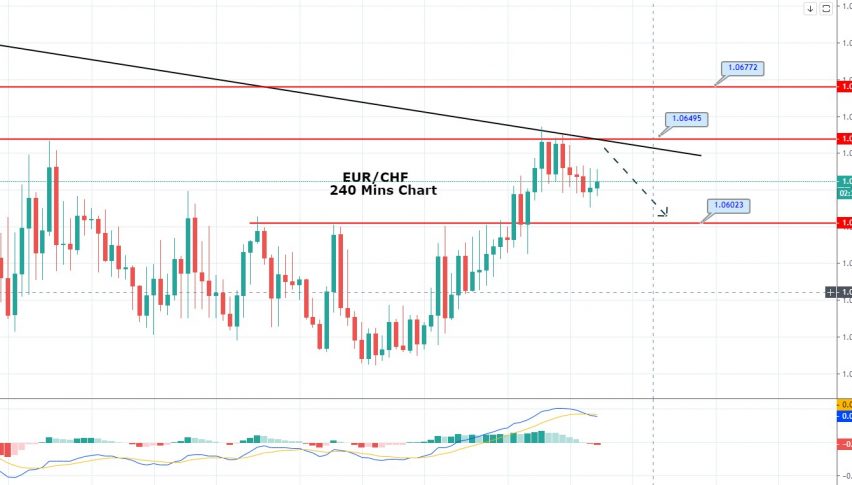 EUR/CHF is trading at 1.0629, having violated the triple top resistance at 1.0560. Currently, the pair is holding outside the downward channel, and technically, this should drive buying in the pair, but it is facing an immediate resistance around 1.0649. This particular resistance is extended by triple top pattern, and violation of this can open up further room for buying until 1.0609.

One of the reasons behind a bullish trend in EUR/CHF is a stronger Euro in the wake of business activity in Germany, which fell sharply in March. Still, the figures were not as bad as economists anticipated.

The headline Flash Germany Composite PMI Output Index dived from 50.7 in the month of February to 37.2, its lowest since February 2009. The preliminary figures were based on replies settled between March 12-23. The dramatic dip in activity in March was prompted by the service area, where companies highlighted the influence of efforts to contain the spread of the coronavirus disease 2019 (COVID-19). 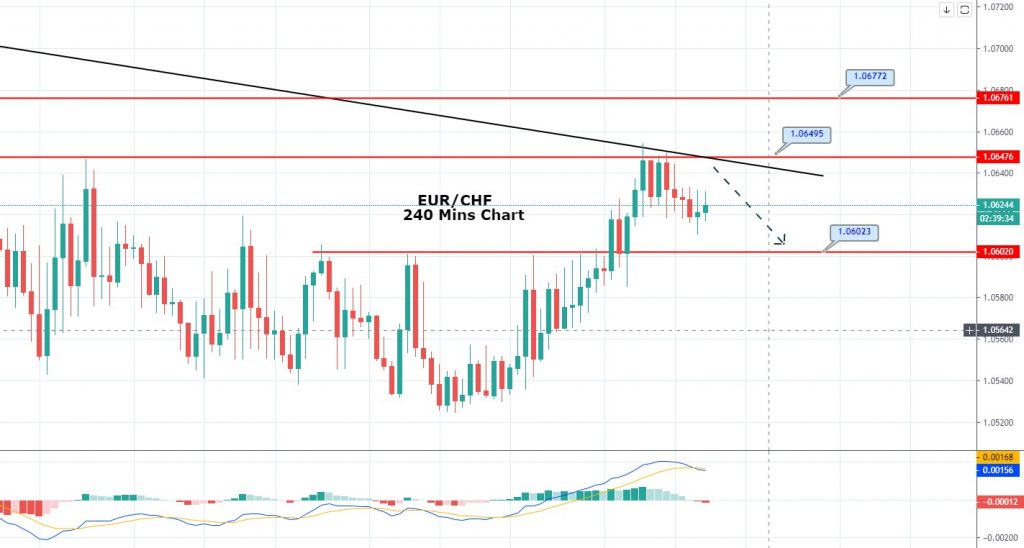 The EUR/CHF currency pair has started forming higher highs and higher lows pattern on the 4-hour chart, which has driven some bullish movement in the pair and it’s trading at 1.6004 level. At the moment, the EUR/CHF pair is gaining support around 1.0607, which is mostly extended by the bullish channel, which is supporting the pair around 1.0607. Above this level, we may see more buying in the EUR/CHF pair until 1.0675.