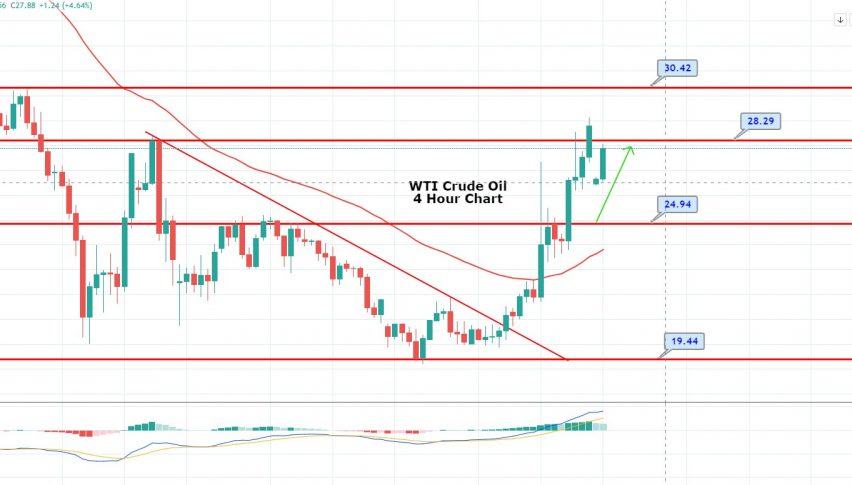 The US crude oil futures soared 25.0% to $27.32 a barrel, and Brent was up 21.0% to $30.94 a barrel. One of the major reasons behind such a bullish trend was a tweet from US President Trump. He said in his tweet: “Just spoke to my friend MBS (Crown Prince) of Saudi Arabia, who spoke with President Putin of Russia, & I expect & hope that they will be cutting back approximately 10 Million Barrels, and maybe substantially more which, if it happens, will be GREAT for the oil & gas industry!”

The markets were supported by the sentiment of an oil production cut in United States markets after news that President Donald Trump said the world oil industry has been ruined this year and that he has plans to attend meetings with industry executives later this week. Whereas the idea of tariffs on Gulf imports was floated. Afterward, WTI rose to the $27 handle overnight.

Looking forward, oil traders will now keep their eyes on the US President’s meeting with the key oil company leaders to determine if there are chances of production cut or not. 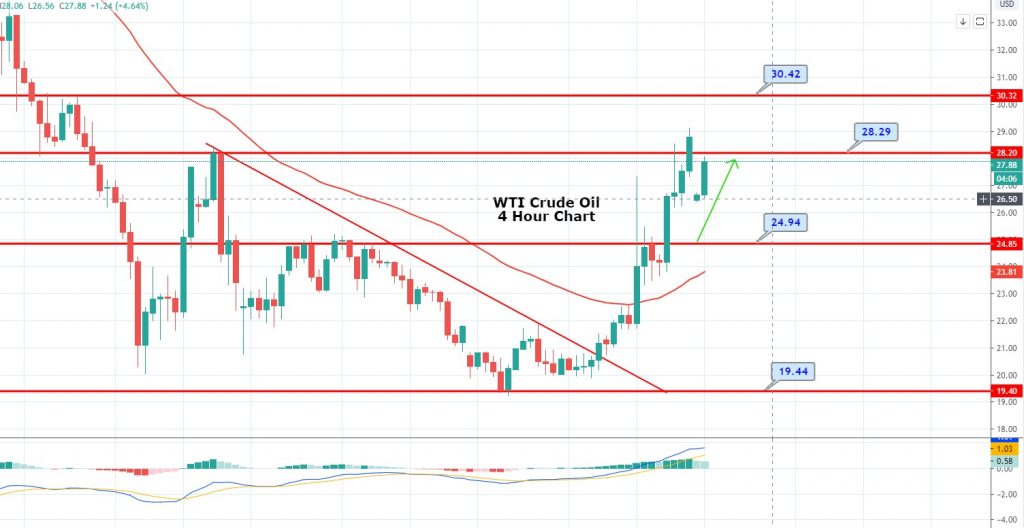 Technically, US oil has passed over the resistance mark of 24.85, which has exposed additional opportunity for buying unto 28.29 level. Formation of candles beneath this level may support us to capture a bearish trade; however, at the same time, bullish trades can be taken instantly above a 24.85 resistance level. The MACD is making significant histograms, which is proposing the chances of further buying in crude oil. Good luck!