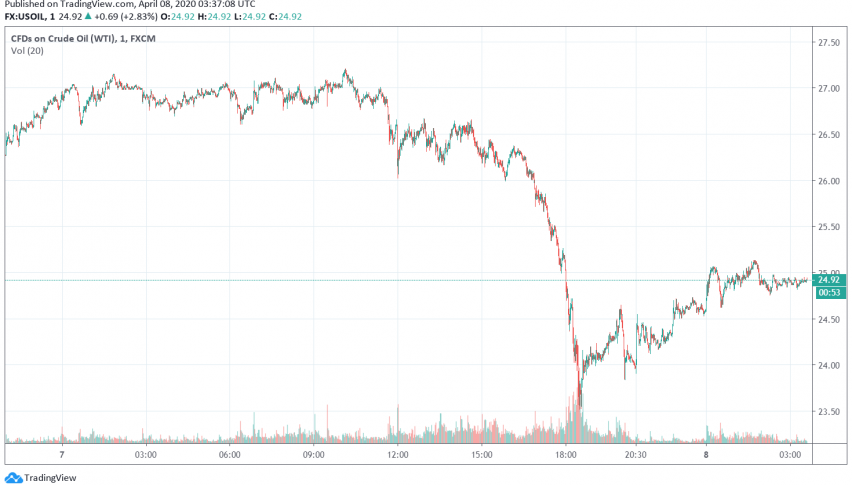 After falling by over 9% in the previous session, WTI crude oil is trying to bounce backopec in early trading today as markets eagerly await a resolution in the Saudi Arabia-Russia price war. Last month, Saudi Arabia had shocked oil traders when it announced that it would flood markets with cheap crude oil even as demand continued to weaken.

This decision was taken in the aftermath of the last OPEC meeting when Russia refused to go along with recommendations for implementing deeper production cuts. However, expectations are building up for the next meeting scheduled on Thursday where OPEC+ members could successfully end up on the same page to reduce production to stabilize oil markets.

WTI crude oil prices came under pressure in the previous session after the API report revealed a build-up by 11.9 million barrels to 573.8 million barrels in US crude inventories during last week. The EIA has estimated that US crude production could fall by 470k bpd, but it may not be sufficient to balance the 1.3 million bpd decline in demand expected this year.

Bearish Signs in Crude Oil Again, As US WTI Dives Below $96
1 day ago