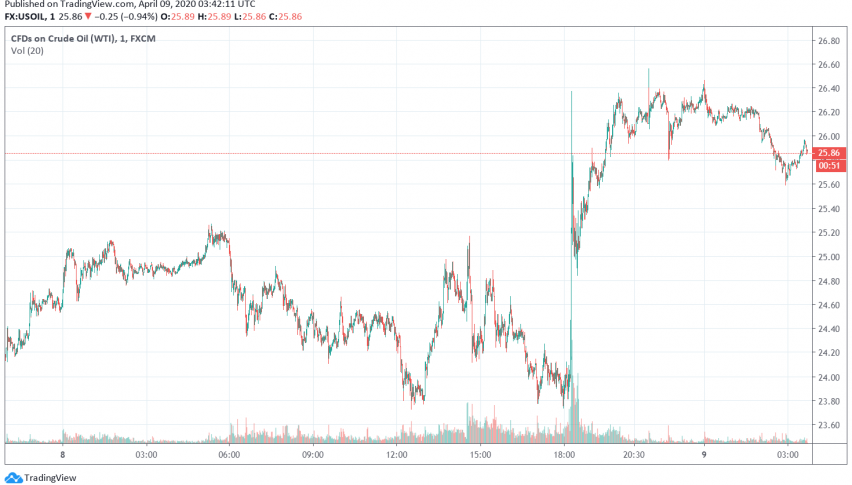 WTI crude oil futures are edging higher early on Thursday ahead of the OPEC+ meeting scheduled for later in the day as markets eagerly await positive developments around oil production cuts amid declining demand. At the time of writing, WTI crude oil is trading at around $25.86 per barrel.

OPEC and its allies are scheduled to meet via video conference later today and on the agenda will be ways to stabilize oil markets in the wake of the ongoing coronavirus pandemic which has caused a severe reduction in demand for oil across the world. In addition, markets are hopeful that the leading oil producers successfully convince Saudi Arabia and Russia to call off their price war, which had caused crude oil prices to crash hard last month.

According to latest news reports, OPEC+ countries could agree to curtail crude production by anywhere between 10 and 15 million bpd even as the coronavirus pandemic has caused demand to collapse by as much as 30 million bpd worldwide. If this goes though, it would be the biggest cut in oil production ever agreed on by the leading oil producing nations of the world.

WTI crude oil prices, however, came under some pressure following the release of the latest EIA report in the previous session which revealed a build in US crude stockpiles. According to EIA, crude inventories in the US rose by 15.2 million barrels during the previous week, the highest rise seen in a week.