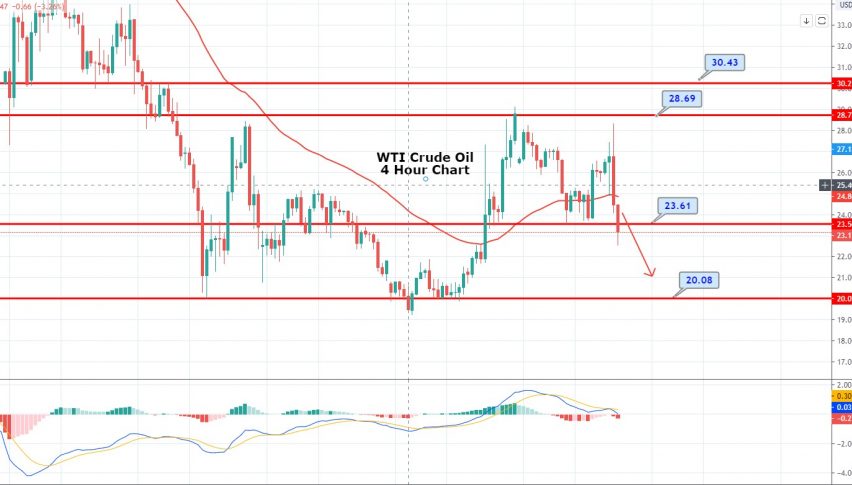 A day before, WTI crude oil prices were boosted by reports that massive output cuts would be agreed upon when OPEC and its allies, including Russia, met. US Nymex crude oil futures jumped to trade $27.09 a barrel.

Meanwhile, the US Energy Information Administration reported that crude oil production in the country sank to a six-month low of 12.4 million barrels per day last week. Amid declining demand due to coronavirus fears and lockdowns, Russia’s announcement comes at a suitable time. Whereas, the EIA said overnight that the US crude oil inventory increased by 15.2 million barrels for the week ending April 3, against analyst expectations of a 9.37-million-barrel build. The American Petroleum Institute (API) also estimated a build of 11.9 million barrels earlier this week.

The Organization of the Petroleum Exporting Countries (OPEC), Russia, and other nations seized a provisional agreement on Thursday to momentarily cut output which drove prices higher but soon prices fell again as production cut was mostly expected. 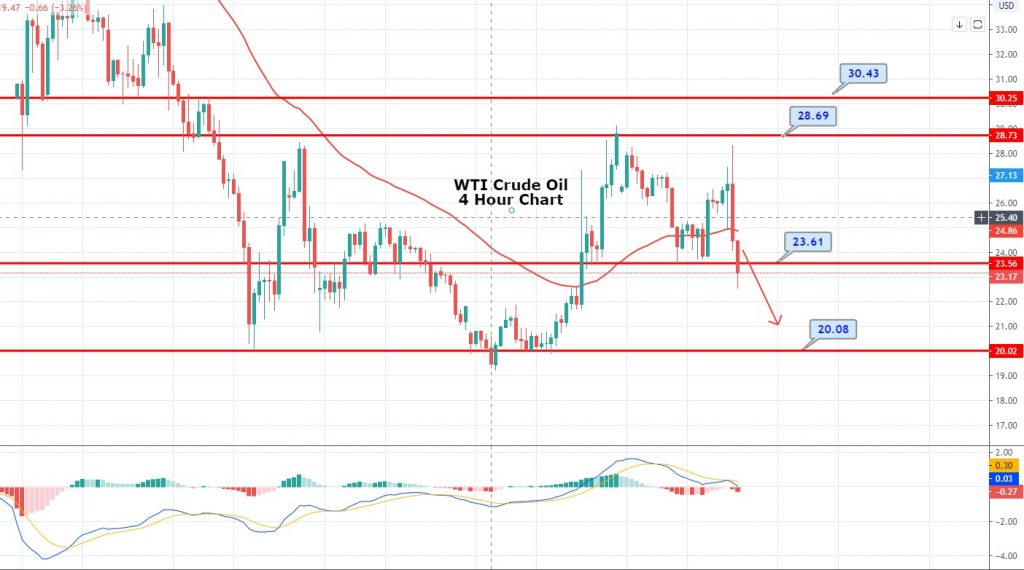 WTI crude oil is now showing bearish bias despite production cut by OPEC+ countries. However, the initial impact was bullish, which led crude oil prices until 32.64 zones, but soon prices fell as most of the production cut decision was already priced in. At the moment, US oil prices are facing support around 27, and bearish breakout of this level can extend selling until the next support level of 25.80. Conversely, US oil is likely to face immediate resistance around 29 and a triple top level of 30.45. Bearish bias will be dominant below 27 as above this, bullish bias will be strong. Good luck!