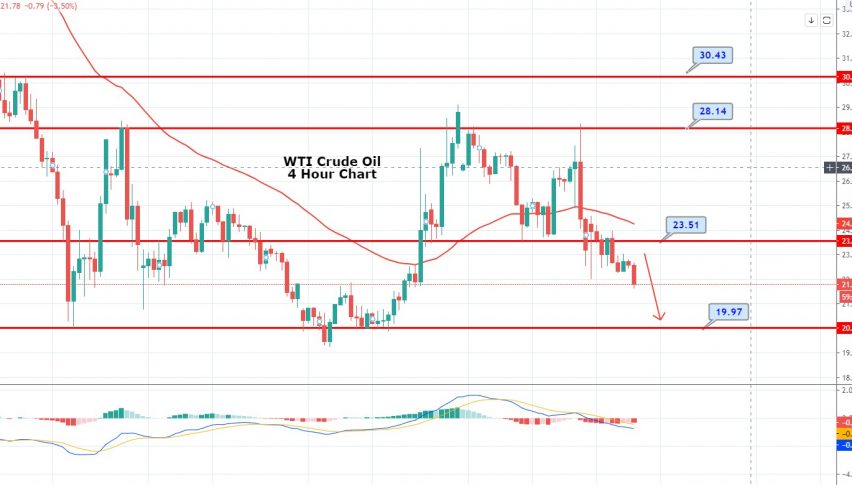 During Tuesday’s Asian session, WTI crude oil stopped its 2-day losing streak and rose around 1% after the US Energy Information Administration (EIA) predicted shale output in the world’s biggest crude producer would fall by a record amount in April, adding to cuts from other major producers.

The Officials from the OPEC, US, Russia, and Canada, recently agreed for 9.7 million barrels per day (bpd) of cut in output. However, Saudi Energy Minister said on Monday that effective global oil supply cuts would amount to around 19.5 million bpd, taking into account the reduction pact agreed by OPEC+, contracts by other G20 nations and oil purchases into reserves.

Moreover, the reason behind the uptick in oil prices could also be the upcoming meeting between the Texas oil and gas regulators to consider oil production limits in the face of oil market rout. 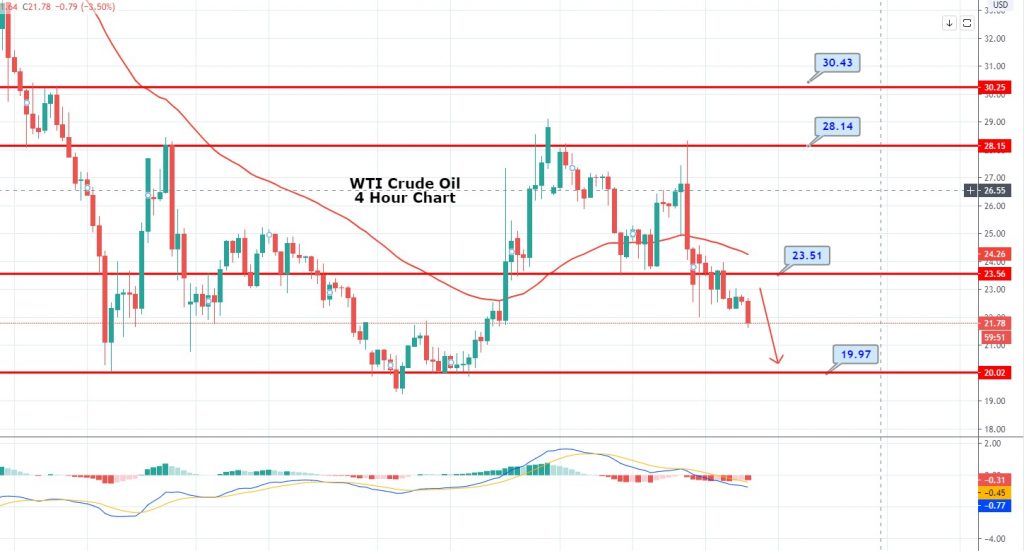 Crude oil is now showing a slight bullish bias as the OPEC and OPEC+ countries have agreed to cut production to boost the oil prices. However, investors still believe that the production cut will not be enough to support oil prices as COVID-19 has drastically affected oil demand overall global.

Considering this, US oil may find an immediate resistance around 2366 area, and closing of candles below this may drive selling bias until 19.20. We may not see any further trend until this particular range gets violated. So, let’s expect choppy sessions today. Good luck!