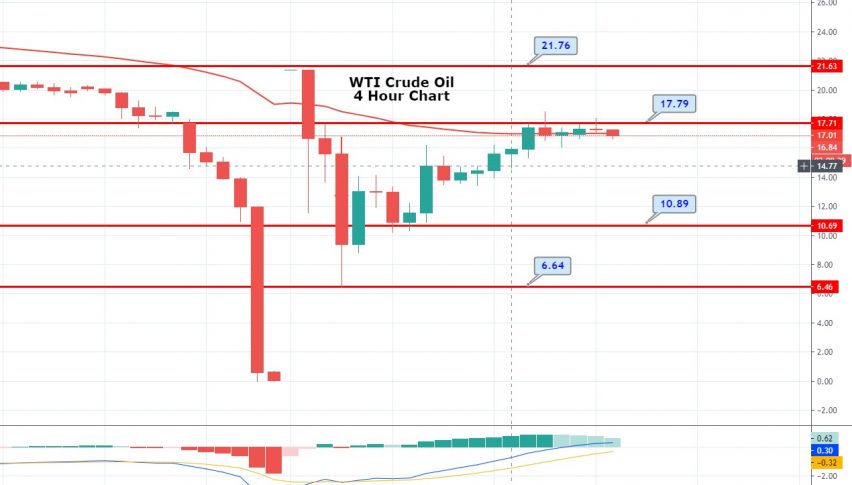 During Friday’s Asian session, WTI crude oil prices stopped their losing streak and climbed once again on the day while taking bids below $16.00 during the overnight trade mainly because one of the producers of OPEC showed interest in cutting output in the wake of worsening market conditions. The United States passed the fourth relief package to support the damaged economy caused by coronavirus outbreak, which also provided a boost to the investor confidence.

US oil gained $1.12, or nearly 7%, at $17.62 a barrel, having surged 20% in the previous session. The recently agreed OPEC+ deal to cut output by 9.7 million barrels per day is ready to come into force on May 1. Meanwhile, OPEC’s fourth-largest producer, Kuwait, has already begun to cut the supply to the market. As per Kuwait’s Oil Minister Khaled Al-Fadhel, their country has cut output while understanding their responsibility during a hard time. 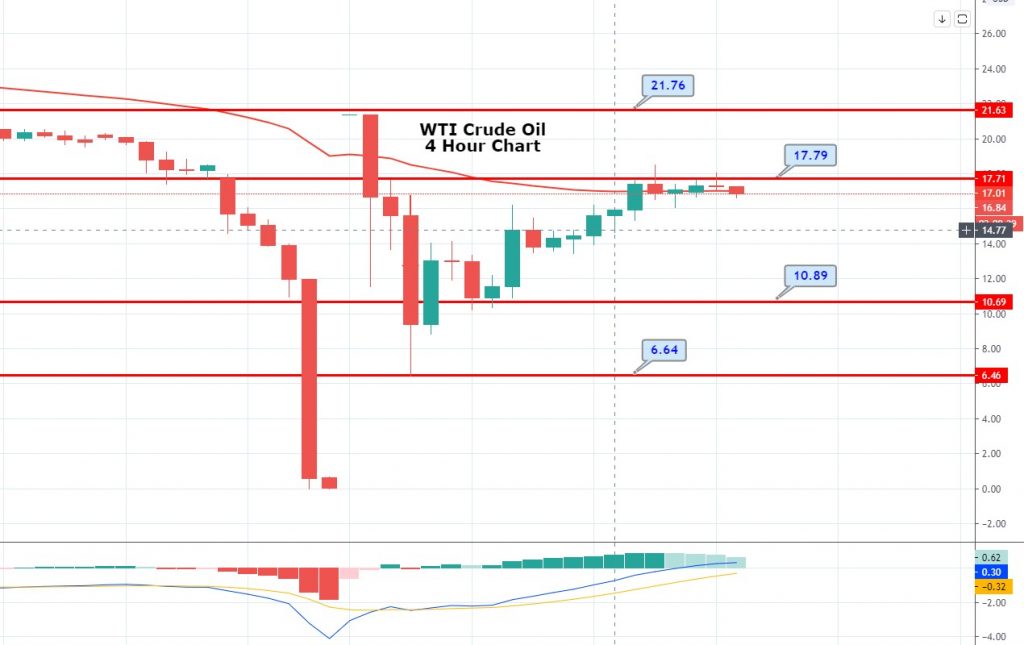 WTI crude oil prices are facing an immediate resistance around 17.79 area. Violation of this level can extend bullish bias until the next resistance area of 20.75 and 23, while support stays around 15.55 level. The bullish bias remains strong above 17.55 level, but in case of bearish breakout of this level, we may see oil prices dropping to 15.15.