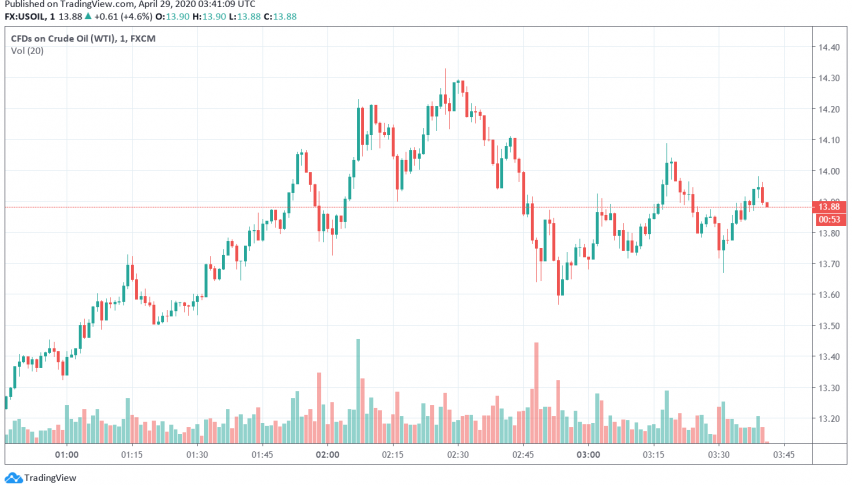 Early on Wednesday, WTI crude oil prices are making some gains, reversing the previous sessions’ losses, over later data revealing a less than expected rise in US crude inventories over the past week. At the time of writing, WTI crude oil is trading at around $13.88 per barrel.

After losing around 27% of its value earlier this week, WTI crude oil futures gained more than 8% following the release of the API report on Tuesday. According to the report, crude inventories in the US increased by 10 million barrels over the previous week to total 510 million barrels, slightly lesser than the 10.6 million barrel build forecast by economists.

Crude oil prices also received some support over promising reports of some countries looking to restart economic activity soon, which could help bolster the demand for oil in the global market in the coming weeks. European countries like France, Italy, Spain and Switzerland are looking to ease restrictions and reopen some aspects of their economy, while Australia and New Zealand have also started the process of restarting their economies this week.

Meanwhile, economists are also anticipating a supply cut by US shale oil producers soon, by up to 300k bpd, which should also help offset the weakening demand and prevent prices from sliding lower. Later today, crude oil prices can see some movement following the release of the EIA report during the US session as well.