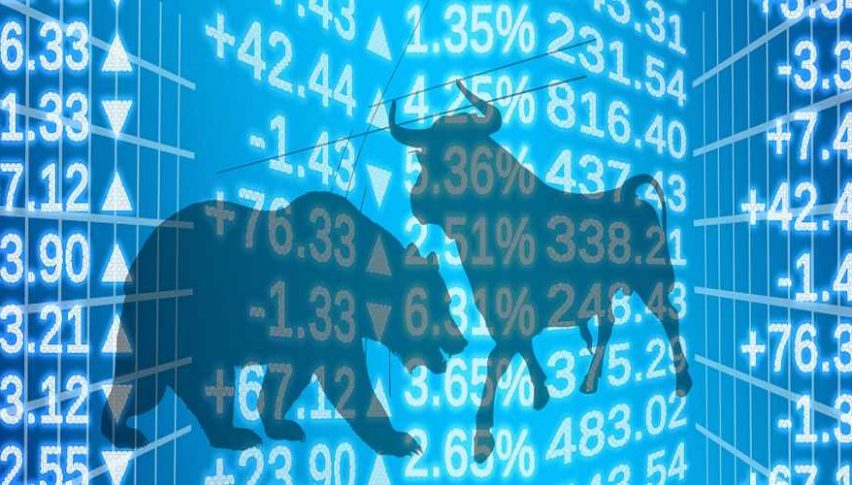 The Bulls And Bears Are Slugging It Out To Open Weekly Trade.

The first full trading week in May has begun and the American stock markets are under pressure. Halfway through the U.S. session, the DJIA DOW (-200), S&P 500 SPX (-13), and NASDAQ (+10) are mixed. At this point, risk-averse investors are dominating sentiment and modestly favoring tech stocks over more traditional issues.

During the weekend, fresh U.S./China saber-rattling and bold moves from Berkshire Hathaway made headlines. Mass liquidations of airline stocks by Berkshire Hathaway (Warren Buffett) have sent the likes of Delta (DAL) and American Airlines (AAL) south by more than 10%.

In addition, statements from the Trump administration suggest that actions may be taken against China in response to the COVID-19 breakout. U.S. Secretary of State Mike Pompeo indicated that he has “seen enormous evidence” that the coronavirus originated in a Wuhan, China laboratory. Pompeo also stated that “they [China] made a horrible mistake and didn’t want to admit it.”

Today’s bearish tone is a great example of how much influence decision-makers can have on the markets. Warren Buffet and Mike Pompeo are prominent figures in government and finance; this morning, their opinions suggest that there is more economic strife ahead.

Typically, investor angst drives bidders to the Swiss franc. This hasn’t been the case today, as currency players are going long the Greenback to open the week.

Currently, the USD/CHF is in a non-committal technical area on the weekly timeframe. Rates remain bullish for the intermediate-term and are challenging topside resistance. Here’s a look at the key numbers for this week:

Overview: It’s anyone’s guess which way the Swissie is headed from here. However, a short trade from topside resistance may bring a profitable scalp later in the week. Until elected, I will have sell orders in the USD/CHF from 0.9709. With an initial stop at 0.9726, this trade produces 15 pips on a slightly sub-1:1 risk vs reward ratio.