Daily Brief, May 7: Everything You Need to Know About Gold  - Forex News by FX Leaders 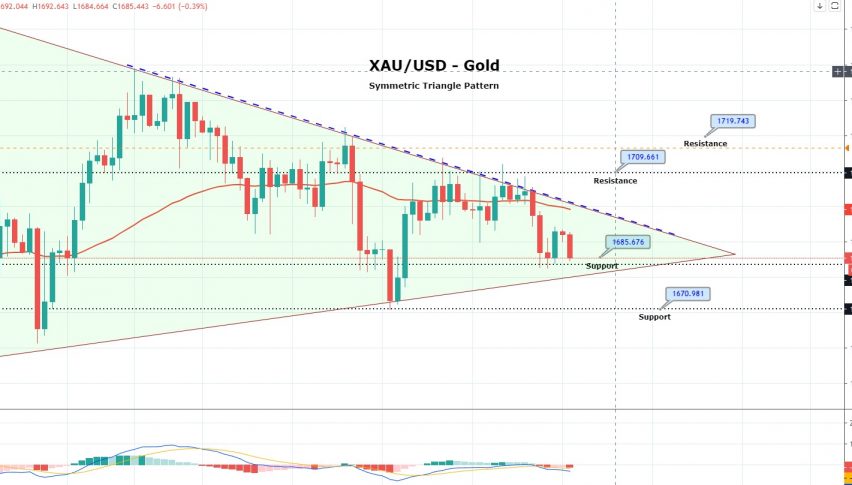 Daily Brief, May 7: Everything You Need to Know About Gold

The market is showing sideways sessions ahead of the NFP figures, which are coming out tomorrow. Gold prices closed at 1685.31 after placing a high of 1708.08 and a low of 1681.86. Overall the movement of GOLD remained bearish throughout the day. Gold prices fell to their lowest level in a week below $1700 on Wednesday on the back of the strength of the US dollar across the board. The US dollar got its support from better than expected ADP Non-Farm Employment Change in the month of April.

On Wednesday, the Automatic Data Processing Incorporation (ADP) reported that the private payrolls declined by more than 20 million jobs, and these were better than expected. The difference between the actual and estimated value of Non-Farm Payroll was of only 2 million jobs, which would be a considerable number itself in standard situations.

At 17:15 GMT, the ADP Non-Farm Employment Change suggested that -20236K people were recorded as jobless during April against the expectations of -20500K. The size of jobless claims is already so large, but it is very likely that it underestimates the true number. Despite being a large decline in NFP, the US dollar was still supported by this because the decline was not more than the expected fall.

Better than expected NFP data raised the US dollar across the board and caused a decline in gold prices. Gold prices have been consolidating now for over five weeks. In early April, prices hit an eight-year high, and after that, they have been moving under consolidation.

However, the trend for gold is still considered as bullish because of fears that the second wave of coronavirus is still on board. The number of infected people across the globe has increased to more than 3.68 million people. Central banks all over the world are forced to print money in large quantities in order to cope with the economic damage caused by the pandemic, and gold is gaining from it. Gold as a safe-haven asset tends to gain from widespread stimulus measures from the central banks because it is considered a hedge against inflation and currency debasement.

However, the US Dollar Index was up by 0.4% on Wednesday to a level above its one week high. The US Treasury yields also rose and weighed on gold prices. 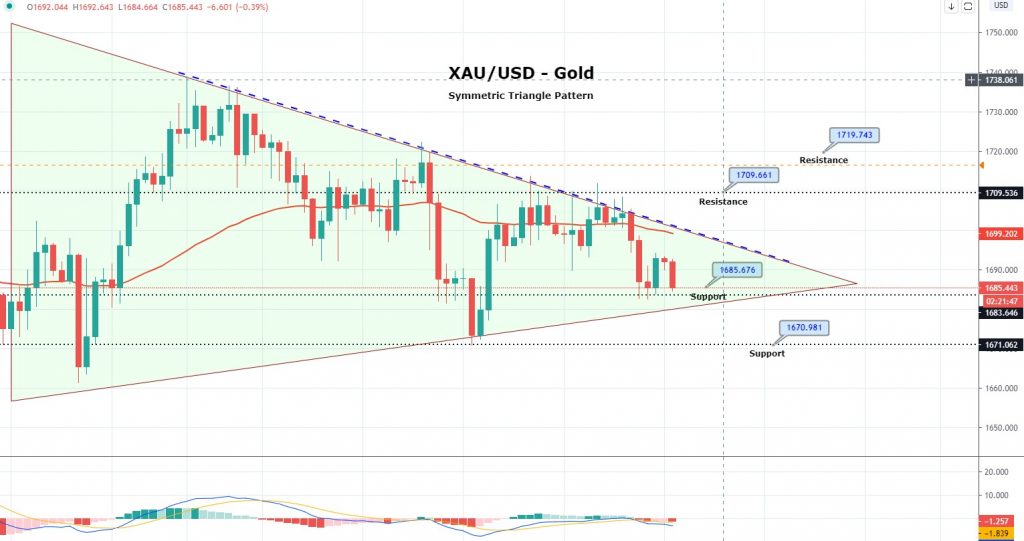 On the technical front, gold has crossed below 50 periods EMA which is providing resistance around 1,701 level. The recent closing of bearish engulfing on the 4-hour timeframe is suggesting investor’s bias towards selling. On the higher side, a downward trendline may also extend resistance around 1,702, and below this level, we may see selling until 1,685 and 1,673 level today, while buying can be seen until 1,793 on the bullish breakout.

Forex Signals Brief for Jul 26: Will the FOMC Shock Markets?
15 hours ago