Daily Brief, May 8: How to Trade Gold on the US NFP Figures Today? - Forex News by FX Leaders 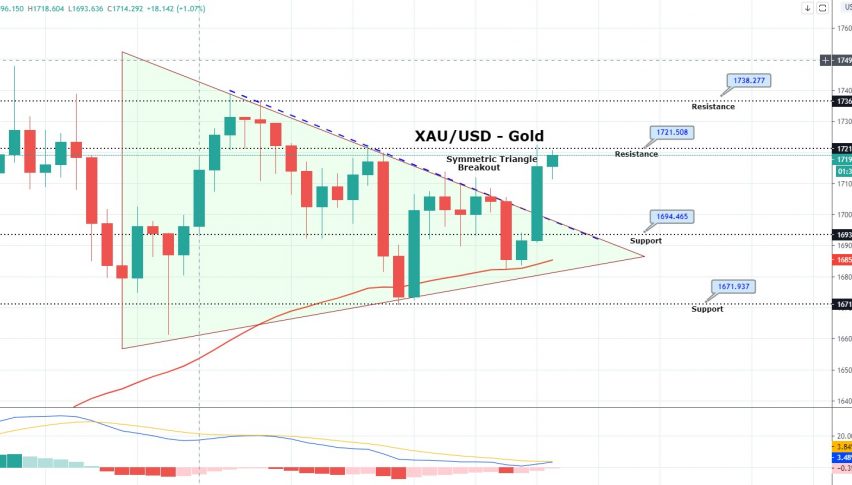 Daily Brief, May 8: How to Trade Gold on the US NFP Figures Today?

Happy Friday, traders.
On the news front, it’s going to be a busy day as the US economy will be releasing its Non-farm payroll figures. It’s one of the most awaited data, and it’s expected to show a 16% unemployment rate along with -22,000K jobless claims. Such a figure should drive sharp selling in dollar, and GOLD may gain support on the negative news release today.

US Labor Market Report – 12:30 GMT
The US NFP (Nonfarm Employment Change) and the unemployment rate will remain under the spotlight. Both these economic data sets will be monitored at 12:30 GMT. NFP is expected to drop dramatically to -21000Kvs. -701K during the previous month.

Whereas the unemployment rate is also expected to spike sharply to 16.0% vs. 4.4% in the past and the Average Hourly Earnings are expected to rise by 0.3% vs. 0.4% previously. The weaker data will offer an opportunity to short the Greenback for a quick 60-100 pips and vice versa.

Gold prices closed at 1715.83 after placing a high of 1722.17 and a low of 1676.84. Overall the movement of gold remained bullish throughout the day. The yellow metal rose on Thursday by 2% after the job situation in the United States showed that millions of people applied for jobless benefits. The number by which people filed for jobless claims exceeded the claims made during the Great Recession and hurt the US economy.

More than 3 million Americans reported as jobless during the past week due to the coronavirus pandemic which raised concerns over the outlook of the US economy. This situation triggered the hedgers to move again towards gold and hence caused a 2% rise in prices.

However, many states of the US have started reopening their economies, and so it is very likely that we will see a decline in the number of jobless claims after that. But the numbers are likely to remain horrible due to the economic damage caused by the COVID-19.

Moreover, on Thursday, most data from the United States came against the US dollar and helped in the upward movement of gold prices.

At 16:30 GMT, the Challenger Job Cuts for the year, which measures the change in the number of job cuts announced by employers, showed that in April, 1576.9% of job cuts were announced. At 17:30 GMT, the Unemployment Claims during the past week from the United States exceeded the expectations of 3000K and came in at 3169K. 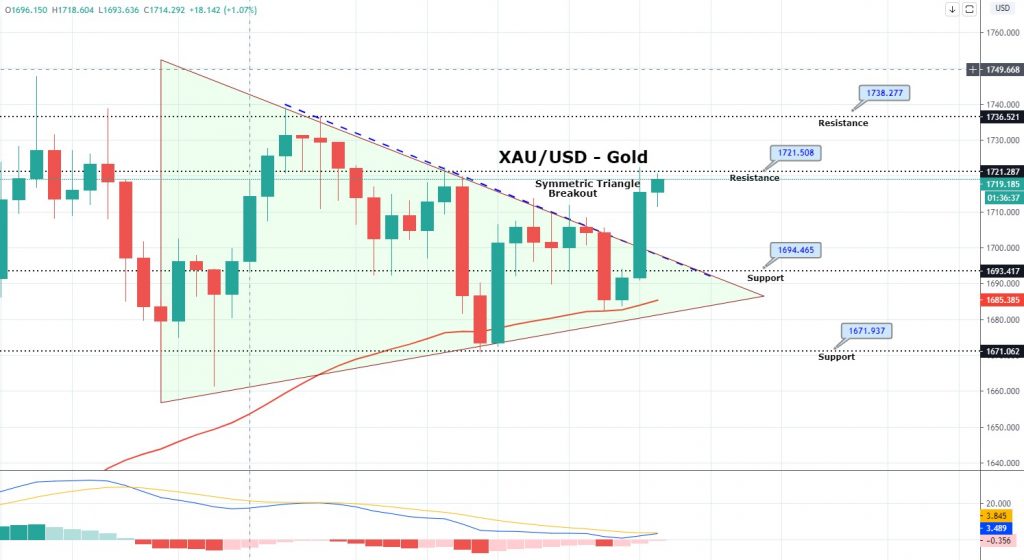 Gold – XAU/USD – Trade Idea
Gold is on a bullish run as it has violated the double top resistance at 1,711 level, and closing above this level is suggesting odds of bullish bias in gold. Closing of candles above 1,711 may lead prices further higher, but before this, gold may violate 1,722 resistance. Upon the breakout of 1,722 level, we may see prices soaring towards 1,735 upon the release of worse than expected NFP data today.