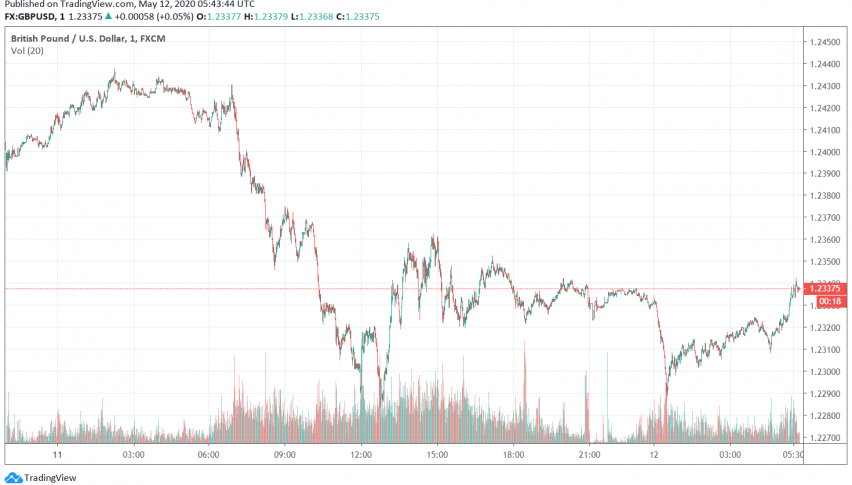 The Pound continues to trade weak against the US dollar on Tuesday after sliding 0.7% lower during the previous session despite UK PM Boris Johnson announcing plans to reopen the British economy in the coming weeks. At the time of writing, GBP/USD is trading at around 1.233.

While Johnson unveiled the government’s plans to ease the lockdown restrictions, he cautioned that social distancing and work from home, where possible, would have to continue for “the foreseeable future”. According to the plan, sectors of the economy could reopen over the coming few months, indicating that a return to normalcy would take far longer than previously anticipated.

GBP/USD is also trading bearish as a result of the overall risk-off sentiment in markets over rising worries about a possible second wave of coronavirus infections after China, South Korea and Germany confirmed an increase in the number of cases upon resuming economic activity. This has helped boost the safe haven appeal of the US dollar while sending other currencies weaker in forex markets.

In the UK, the ongoing lockdown and pandemic are expected to bring down the GDP by at least 14% this year, as per latest estimates by the BOE. An extension of the lockdown by another three months could see the economy contract by as much as 35% in 2020, according to the Office for Budget Responsibility (OBR).