Daily Brief, May 13: Things You Need to Know About Gold Today - Forex News by FX Leaders 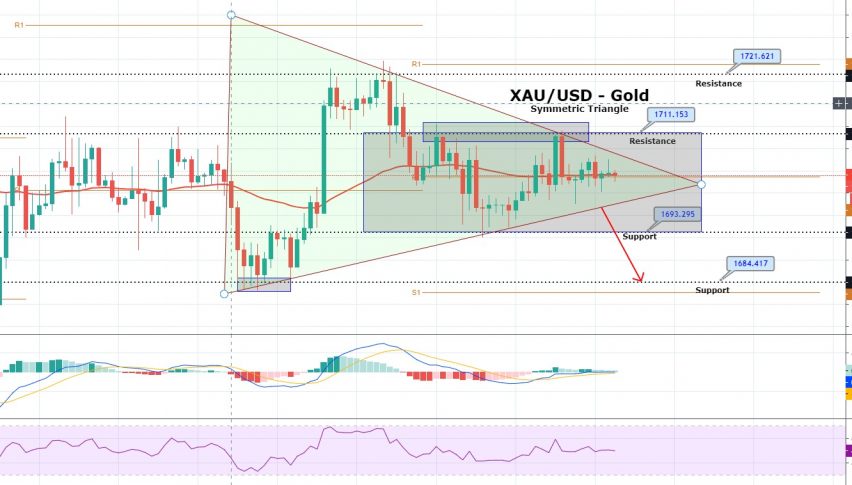 Daily Brief, May 13: Things You Need to Know About Gold Today

Gold prices closed at 1697.43 after placing a high of 1712.09 and a low of 1691.89. Overall the movement of gold remained bearish throughout the day. GOLD prices fell after the US dollar gained strength on the back of the risk-on market sentiment. The risk emerged on the back of fresh virus cases, which started reappearing after the easing of lockdown.

The fresh virus waves increased fear among investors and hit all asset classes, including gold. The beneficiary of such renewed widespread fears from the risk-on sentiment was the US dollar, which gained 0.45% on that day. The ten year US Treasury bond prices rose to 0.72%, which is highest since April 6.

Moving on, investors are keeping their eyes on the Federal Reserve Chairman Jerome Powell’s speech later in the day, due to the rising speculation that the US could adopt negative interest rates. If Powell announces more stimulus measures, they would support the yellow metal as it is used as a hedge against both inflation and currency debasement. As in result, if gold prices break higher, it will have only thin hurdles near the way up to $1,724, which is where the previous weekly high and the Pivot Point one-week Resistance 1 converge.

Moreover, gold prices were also pulled back in late trading sessions by the strength of the US dollar, which was the result of risk-on market sentiment after easing of lockdowns from all over the world. According to the Republican chairman of the Senate Health Committee, Lamar Alexander, the US will need more tests before the reopening of schools. He said that the rebound of the US economy from coronavirus crisis would depend upon the success of the vaccine. Gold, in the absence of any macroeconomic data from the United States, followed the global news related to coronavirus and its impact on the economy. 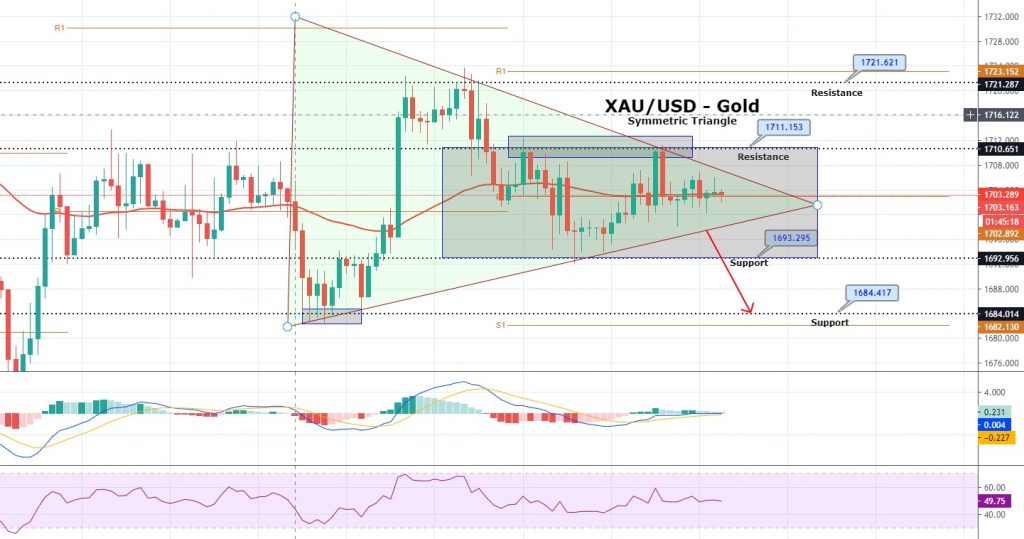 Gold prices continue to trade sideways in between a narrow trading range of 1,711 and 1,693, having dropped from 1,722 level to 1,704. Most of the selling came in response to US CPI data, which was  neutral. For now, the precious metal is likely to face immediate resistance at 1,711 level, and closing of candles below this level may lead prices towards 1,685. Gold’s selling bias remains dominant today.