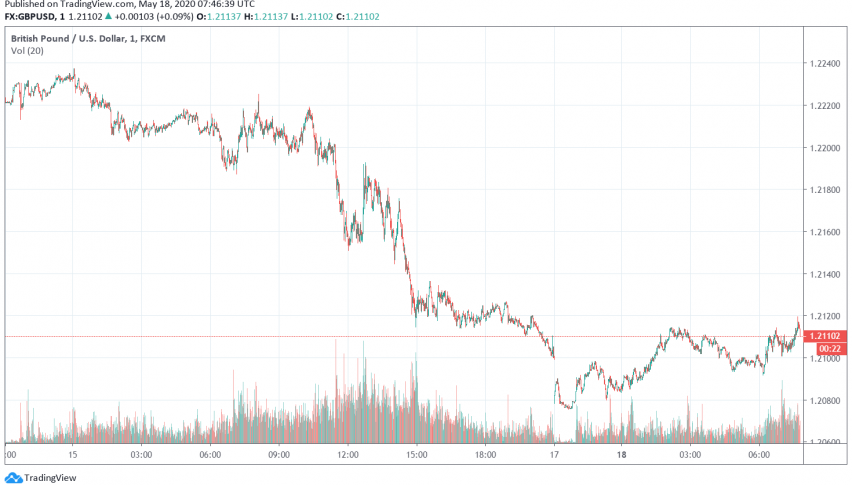 As a new trading week gets underway, GBP/USD has slipped to the lowest levels seen since late March over renewed worries about the possibility of the BOE taking interest rates below zero. At the time of writing, GBP/USD is trading around 1.211.

Even as the risk sentiment in global markets received a boost as traders look forward to economies reopening around the world after several weeks of lockdown, fresh tensions surrounding US-China relations are weighing on markets for now. Over the past few weeks, the US has increased instances of finger-pointing towards China for the global coronavirus pandemic, and other regions like Europe and Australia are also taking sides against China lately.

While hopes for resumption of economic activity have supported some commodity currencies, GBP/USD has weakened after latest news reports suggest that the BOE could resort to cut interest rates beyond the present 0.1% and into negative territory. The British economy is expected to face the most severe recession in modern history as a result of the ongoing coronavirus crisis, and the central bank has limited options to help support the economy through monetary easing.

The sentiment for negative rates is weighing on GBP/USD and sending it lower. Meanwhile, the Cable is also facing some strain as Britain once again locks horns with the EU over negotiations towards a post-Brexit trade agreement, with discussions over the past week failing to make any breakthrough yet.