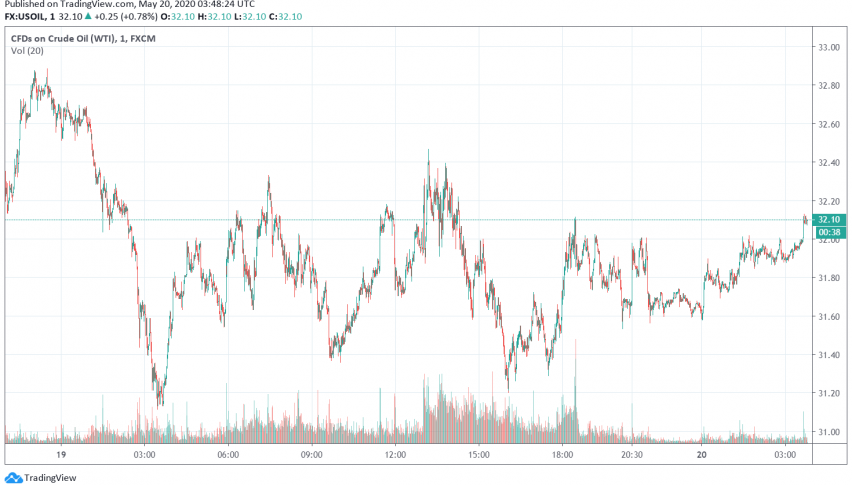 WTI crude oil prices are trading cautious early on Wednesday as the sentiment in markets was once again dominated by worries about the economic impact of the coronavirus pandemic, erasing the optimism about additional supply cuts by leading oil producers. At the time of writing, WTI crude oil is trading at around $32.10 per barrel.

Assurances by leading oil producers for more production curbs even as some countries are getting ready to reopen their economies had helped boost crude oil prices over the past few weeks, sending US oil over $30 per barrel. However, oil markets are facing downward pressure after the Fed recently signaled that economic recovery in the aftermath of the pandemic could take much longer than previously anticipated.

Fed officials, including chairman Jerome Powell, have warned that rising unemployment levels in the US could delay economic recovery even as some states get ready to reopen their economies. According to Boston Fed President Eric Rosengren, unemployment could remain double digits through the end of this year in the US.