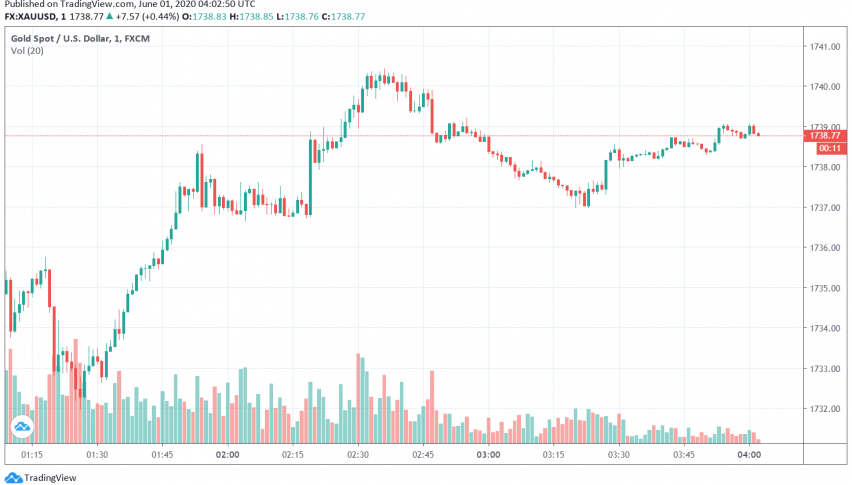 Early on Monday, gold prices are trading bullish, making gains amid renewed focus on US-China tensions even as traders worry about the impact of the riots breaking out across the US over the weekend. At the time of writing, GOLD is trading at a little above $1,738.

Massive protests have erupted across leading American cities after the death of a man in police custody last week. The riots have turned violent with large groups of protesters taking to the streets demanding justice, denting hopes for recovery even as the US economy begins to reopen after several weeks of shutdown.

The safe haven appeal of gold received an additional boost over the weekend after Fed chairman Jerome Powell observed that the US could experience a second wave of coronavirus cases, which could further delay economic recovery even as the country restarts activity. Meanwhile, worries persist that the US could announce more retaliatory measures against China in response to the Chinese parliament passing the national security legislation on Hong Kong last week.

Gold prices rose higher early in the Asian session after growth in China’s manufacturing sector slowed down during May from the previous month. China’s official manufacturing PMI reading came in at 50.6 for May, below last month’s reading of 50.8 and less than economists’ forecast for a rise to 51.